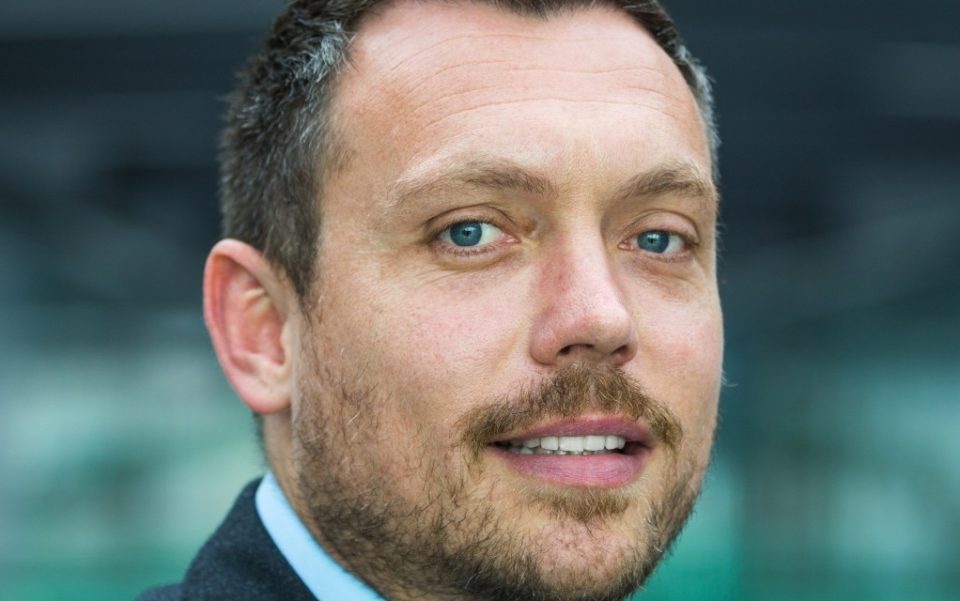 One of the lowest points of Scott Ward’s career came when he was without a contract and training with Millwall, hoping to rebuild his fitness after leaving boyhood club Luton Town.

Ward bumped into a group of his former Luton team-mates while walking down the high street, but when they asked what he was doing he wasn’t prepared to tell them the truth.

“I was taking Thursday off to get my dole money. Literally five more steps and I am walking into the dole office. I was still trying to train and trying to make sure I could get to a new club but without any income,” he recalls.

Ward lied and told them he was shopping.

It had only been five years since he had signed a professional contract with Luton, joining the first team straight out of school. His career had started very promisingly, with Ward coming off the bench to save a penalty with his first touch in a dream debut. He helped the Hatters hold on for a 2-2 draw at Griffin Park away to Brentford and was named man of the match, yet he never played for the club again, leaving Luton a year later.

“I was an unhappy footballer. I struggled with the culture. It’s quite an individualistic sport. People are here to do well and that can be tough,” he says.

Scott Ward began his professional career at Kenilworth Road playing for Luton Town but only made one appearance for the club Tow (Source: Getty)

“Everybody felt that you were lucky to be a footballer and you should be happy. You should walk in with a smile on your face and be appreciative of everyone around you. But you are still a child leaving high school and going into a high-pressure environment that is driven by testosterone. It wasn’t forgiving towards someone being a little timid.”

Ward then drifted across the footballing landscape, signing for non-league sides Grays Athletic, Dulwich Hamlet and Margate. The only constant was that none resulted in regular matches, with him spending more time on the bench and club treatment tables.

This wasn’t how Ward had hoped his career would end when he began playing in the park with his three brothers, Darren, Lee and Elliott at a young age.

"There was a joke in Harrow that we had our own five-a-side team. In their eyes we were going to be footballers,” said Ward.

Although his brother Lee suffered an injury that ended his professional prospects prematurely, the other Ward brothers fulfilled their early promise. Older brother Darren played more than 600 games for the likes of Watford, Millwall, Crystal Palace and Wolves, while his younger brother Elliott featured for Norwich in the Premier League and remains on the books of fourth-tier Notts County.

“I had to retire while Elliott and Darren were playing in the Football League. Mum and Dad are off on Saturdays and Tuesdays while I was sat at home thinking: ‘What has happened?’. I didn’t have a support network in the game while my brothers’ careers were flying,” he says.

Read more: How to invest like a Premier League football manager

Struggling to find the help he was looking for within the game, he had to look elsewhere for employment after his retirement in 2006, aged 26.

“I went from being a professional footballer to being a dustman to collecting recycling for a living – it’s quite a fall,” revealed Ward.

Cultural problems in the game made it difficult for Ward to plan for life away from the pitch during his playing days. He only possessed one A-level, in Leisure and Tourism, and only attended one day of college a week during his youth career.

“If you talked about ‘What’s next?’ that would be deemed a sign of weakness of character and suggesting you didn’t believe in yourself,” says Ward. “One of my friends used to be called ‘Student’ because he delayed signing at Luton to continue his work at college. He used to get hammered for it.”

Ward enrolled in an MBA at Warwick Business School in 2014, focusing on ways to provide sustainable business opportunities to athletes seeking a career outside sport. Now he is forging a new career with EY, where he is a director in the People Advisory Services team.

He is leading EY’s new Personal Performance Programme: workshops and online material for athletes wishing to enhance their business skills while also helping developing their personal identity after decades of being defined only be sporting achievements.

“It’s preventative action against the challenges that athletes will face during and after their career. If we give information to somebody they are in a far stronger position to make a conscious decision,” he says.

EY is currently in discussions with sporting bodies and international organisations over the course, with a view to tailoring it accordingly to their requirements. British former Olympic rowing champion Mark Hunter, who also worked on the Personal Performance Programme, believes his and Ward’s backgrounds make them well placed to offer the service.

“Every athlete will go through this transition with the cliff-edge trauma of trying to understand our identity away from the sporting identity,” says Hunter. “We work with governing bodies as this isn’t an off-the-shelf situation where you can plug something in and it works. People have done that, that’s why they have failed. It has to be combined and developed with them.”

This scheme remains in its early stages, with a handful of sportspeople signed up and a regular stream m aking further enquiries. It’s unclear whether the programme will lead to the shift in attitudes that EY hope it will, but the company’s involvement is representative of a change in culture across sport, of people encouraging athletes to consider developing additional skills – something that could make life a lot easier for future Scott Wards.