Five things we learned from the weekend football: Gutsy Watford rip up the script; Everton turning a corner; Arsenal wretched on road; Liverpool bust a gut while Man City cruise; Foxes have tails up 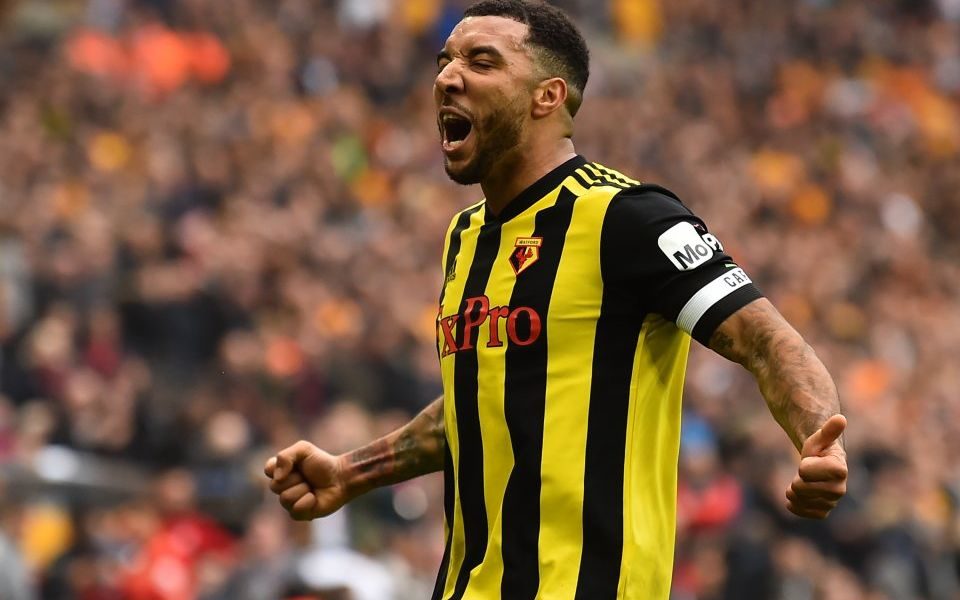 On paper, this looked like the less appetising of the two FA Cup semi-finals. On paper, Watford looked like underdogs against a Wolves side who were in the ascendancy and possess star quality.

But on Sunday at Wembley, Watford – and particularly Gerard Deulofeu – ripped up the script and dragged the Hornets from two goals down to win 3-2 and reach a first FA Cup final for 35 years.

Itinerant former Barcelona wonderkind Deulofeu looks destined to be remembered for only sporadic moments of brilliance, but his two goals here – the first an improbable curling chip into the far corner of John Ruddy’s goal; the second, an extra-time winner – have assured him a rightful place in Watford folklore.

Captain Troy Deeney – only happier than when his back is to the wall when central defenders are bouncing off it – inevitably had a hand in the fightback, winning and then burying an injury-time penalty.

Wolves might have been the team Manchester City feared joining them in the final, but this extraordinarily gutsy showing from Javi Gracia’s men will give the favourites something to ponder before 18 May.

Previous victories over Chelsea and West Ham were largely attributed to the failings of their opponents but, after a third statement win in as many games, Everton deserve some credit.

Sunday’s 1-0 win over Arsenal was the latest sign that Marco Silva may have turned a corner in what has been a turbulent first season at the helm of the Toffees.

While Phil Jagielka’s early goal was all that separated the sides, Everton were deserving winners and, but for some wayward finishing, ought to have beaten the visitors by a more flattering margin.

Having faced an uncertain future at the turn of the year, Silva could yet pip Wolves and Leicester to a likely Europa League place and now looks a safe bet to stay in charge for next season.

Emery yet to cure travel sickness

Unai Emery has got a lot right since succeeding Arsene Wenger at Arsenal and, having had to weather a mid-season wobble, looked to have hit on a formula to get the most out of his squad in recent weeks.

Arsenal’s wretched away form persists, however. Six of their seven league losses have come away from Emirates Stadium, while they have also been beaten in Europe at BATE Borisov and Rennes.

Defeat at Goodison Park on Sunday saw the Gunners miss the chance to go third and improve their hopes of a return to the Champions League.

They remain in the top four, but only by dint of their superior goal difference to Chelsea, who can overtake them when they host West Ham on Monday, while the frustrating trip to Merseyside was far from ideal preparation for a testing Europa League date with Napoli on Thursday.

There could hardly be more of a contrast in the manner in which title rivals Liverpool and Manchester City are navigating the decisive last few weeks of their seasons.

Liverpool re-established a two-point gap at the top of the Premier League with a 3-1 victory at Southampton on Friday, although once again it was a fraught affair.

For the third time in as many games, Jurgen Klopp’s men needed goals in the last 10 minutes to secure the three points – reinforcing the impression of a team busting a gut.

City, meanwhile, cruised to a 1-0 win over Brighton in Saturday’s FA Cup semi-final, keeping alive their hopes of an unprecedented quadruple trophy haul with the same calm assurance evident in their last two league games, 2-0 wins over Cardiff and Fulham.

The Champions League, which returns this week, could yet have bearing on which of the top two buckles under the strain first, but at this stage Pep Guardiola’s outfit look by far the more at ease.

Foxes have tails up

It may only have been against Huddersfield, whose Premier League fate has long been sealed, but there was much to excite Leicester fans in the way their team dismantled the relegated Terriers 4-1 on Saturday.

The win continued the honeymoon period for Brendan Rodgers, whose positivity appears to have lifted the gloom of the Claude Puel era by liberating the Foxes’ array of attacking talent.

Vardy and Leicester are finishing the season strongly (Source: Getty)

Under Rodgers they have now won four top-flight games in succession for the first time since December 2017. In that spell, Jamie Vardy has emphatically rediscovered his scoring touch, hitting five goals.

Dreams of repeating their title triumph may be fanciful, but the Leicester faithful have good reason to look forward to next season under the former Celtic manager.