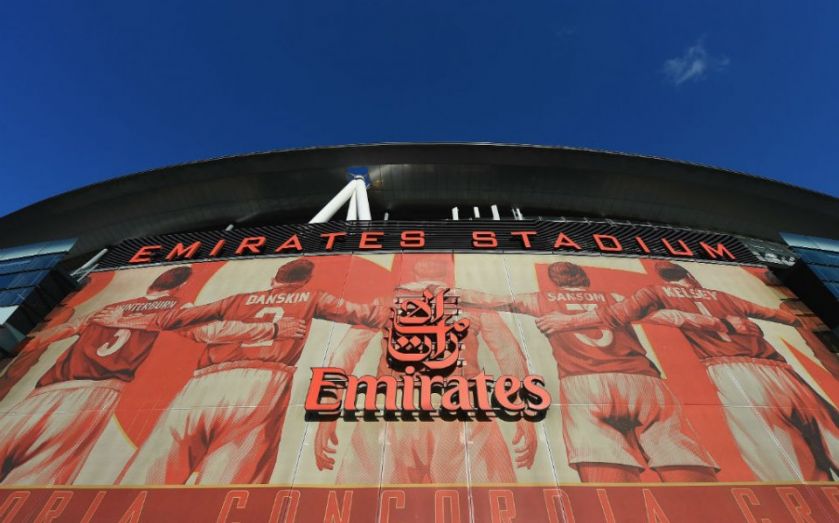 Emirates Airline has been confirmed as the new sponsor of the FA Cup on the day of the cup final which will see Arsenal and Aston Villa meet at Wembley.

The tournament will be renamed "The Emirates FA Cup" from next season until 2018 in a deal estimated to be worth around £30m over the next three years.

Emirates, which is also a sponsor of this year's FA Cup finalist Arsenal, is the first brand to be associated with the competition after Budweiser decided not to renew its deal with the Football Association for the 2014/15 season.

“Emirates’ commitment to our sport is evident and securing such an iconic and forward-thinking lead partner for the FA Cup is great news for us, the fans and for the whole game. The partnership will help take the tournament to new audiences, inspire interest in football from across the globe and allow us to continue our investment into the game at all levels,” said FA chairman Greg Dyke.

The cup was called "The FA Cup with Budweiser" previously, and has also gone under a number of different monikers with sponsors such as E.On, Axa and Littlewoods, however football fans are unlikely to be pleased with the rebrand, which does not use the term "sponsored by" or "with".

“Football is a truly global sport, a unifying factor in many communities and nations across the world," said Emirates Airline president Tim Clark. "Never is this more evident than with The FA Cup, which has an unrivalled heritage and draws a global audience of more than 1.1bn people.
In addition to Arsenal in the UK, Emirates has numerous sports sponsorship deals around the world, including Formula One, rugby, horse racing, cricket, golf and tennis, as well as football.

"The spirit of competition, fair play, and sparking the passions of a global audience, are all values we share at Emirates. That is why we are proud to be the first title sponsor of the tournament and we look forward to a long-term partnership to support and connect fans to their teams both here in the UK and across the world,”