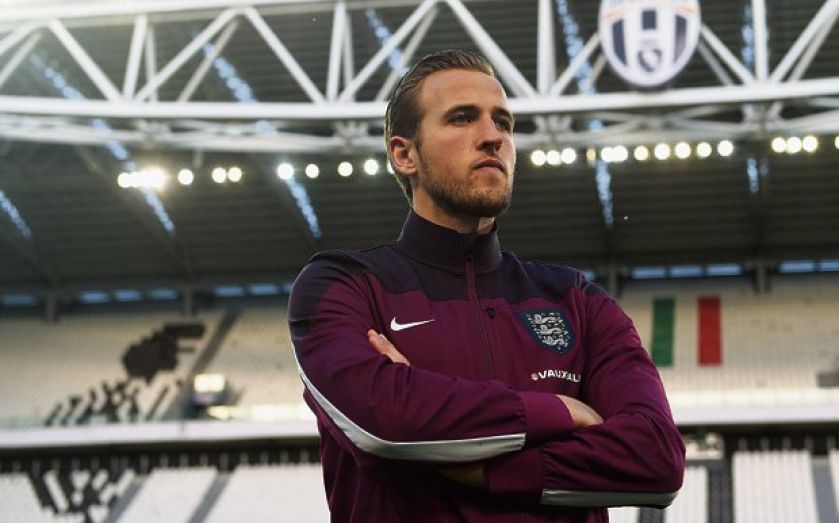 PROLIFIC forward Harry Kane has the chance to follow in the footsteps of a Tottenham legend when he makes his full international debut in England’s friendly with Italy in Turin tonight.

The Three Lions have not beaten Italy on their own turf since June 1961 when hotshot prodigy Jimmy Greaves, who was 21 at the time and would go on to become a Spurs great, struck a late winner in a 3-2 triumph at the Stadio Olimpico in Rome.

Kane has been in scorching form this season and has netted 29 times in all competitions for Tottenham, enhancing his reputation by scoring a first England goal just 79 seconds after taking the field in Friday night’s 4-0 canter against Lithuania at Wembley.

“Harry Kane will make his full debut, playing from the start and Wayne Rooney will captain the team,” said Hodgson.

“It will be nice to see the two of them on the field together. They’ve played a lot in training so I’m pleased to see them playing together in the game. Harry certainly deserves his chance.”

Manchester United striker Wayne Rooney is two goals shy of Sir Bobby Charlton’s all-time England scoring record of 49 goals, and is relishing the prospect of teaming up with Kane, who has eight strikes in 10 England Under-21 appearances.

“I think it is exciting for English football that Harry has come into the Premier League for Tottenham and done fantastically well,” he said.

“Hopefully he can continue that form with England. It’s a big night for him. I’m sure he’ll be excited and go out and try and give his best. I’m obviously excited to play with him and hopefully we can do well together.”

Hodgson declined to expand on the remainder of his starting line-up, despite Italian counterpart Antonio Conte revealing his hand. Only defender Giorgio Chiellini survives from the team which dispatched England in last summer’s World Cup group match. Like Italy, England are unbeaten since the World Cup and chalked up their fifth successive qualifying victory against Lithuania to remain top of Group E and on course for a less than arduous pathway to Euro 2016.

England are without nine players from Friday’s squad, with forwards Danny Welbeck and Raheem Sterling, midfielder James Milner and full-back Leighton Baines all unavailable. Southampton’s Ryan Bertrand has been called up as cover.

Hodgson his hinted he will opt for a more experimental team as England look to replicate their 2012 friendly success against the Azzurri, in a game played in Switzerland, and start amending a less than complimentary recent record against Italy.

Hodgson said: “It’s a great opportunity for the players who haven’t had the chance in the qualifiers to show they really deserve their place in the squad and that they’re good enough to replace the players I’ve been selecting.”

Italy may have beaten England at the World Cup last summer but the Three Lions camp is currently a happier one than the Azzurri’s. Roy Hodgson’s men have taken a maximum 15 points from five Euro 2016 qualifiers, four more than tonight’s hosts, who trail leaders Croatia in their group.

He has only been in charge a few months yet Italy coach Antonio Conte’s future is already in doubt. The man who led Juventus to the title unbeaten is disillusioned with a perceived lack of support from clubs and has received death threats from Juve fans unhappy that Claudio Marchisio got injured on Italy duty.

Southampton’s Graziano Pelle is tipped to start up front for Italy this evening in Turin, despite scoring just once in his last 16 appearances for the Saints. He is likely to be partnered by Eder, the Brazil-born Sampdoria striker who quelled some of the controversy generated by his call-up with a late equaliser against Bulgaria on Friday.

Conte has indicated he plans to name an experimental side, with Andrea Pirlo and fellow midfielders Daniele de Rossi and Marchisio among the absentees. Paris Saint-Germain’s Marco Verrati, who shone in their Champions League elimination of Chelsea, is set to take up Pirlo’s mantle as creator-in-chief.