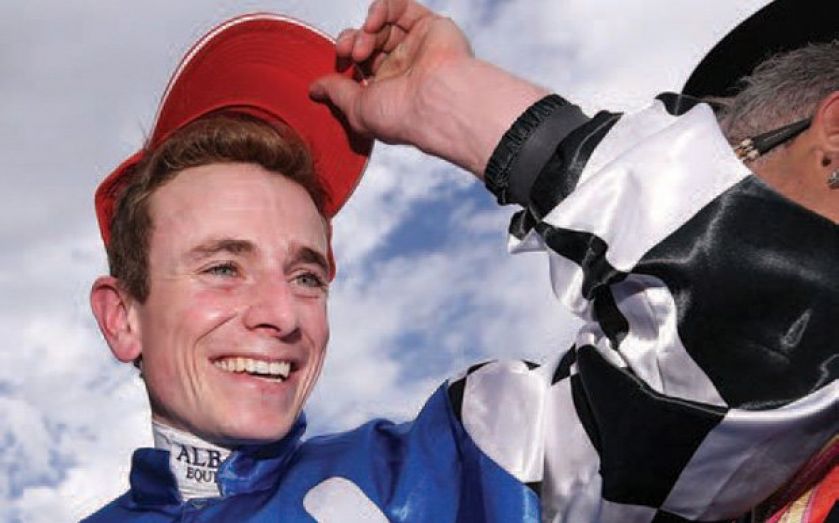 RYAN Moore couldn’t have asked for a better start to the Royal meeting after landing a hat-trick on day one and another two wins yesterday. Tuesday’s ride on Clondaw Warrior was one of the finest you will ever see in the Ascot Stakes.

It helps when you have an embarrassment of riches with whom few can compete, of course. I expect him to pick up another winner in today’s closing King George V Handicap (5.35pm) with DISSOLUTION for Sir Michael Stoute.

The son of New Approach was a rare seasonal reappearance winner for the yard at Newmarket in April and then finished a very good second to Time Test in the London Gold Cup at Newbury.

That was a really solid performance and he is sure to appreciate the step up to 1m4f here. Stoute is a master with this type of horse. He brings them on slowly with Royal Ascot always being the big plan.

This is a competitive field, yet I’d be surprised if Dissolution wasn’t contesting Listed or even Group races by the end of the season. Take the 9/2 with Betway.

Top of the list of threats is Luca Cumani’s King Bolete. The Cape Cross colt was a ready winner at Newbury last month and looks sure to improve.

However, the two horses he beat there both suffered defeats as favourites on their next outing which is enough to put me off.

Scottish also won at Newbury on his last start and he looks sure to go well for Andrew Balding. He beat Keble there, who has since bolted up at Goodwood, although admittedly he was entitled to as the 1/3 favourite.

The Balding yard continues to fire in the winners. They have plenty of interesting types for the handicaps this week and it certainly wouldn’t be a surprise if this lad went in.

There are a number of others with a chance. Mark Johnston is always to be feared in Royal Ascot handicaps and he relies on just one runner in Yorkidding, who failed to land the hat-trick at Musselburgh last time out.

Ralph Beckett saddles two, Maxwell and Marma’s Boy, who are both unbeaten this season. There looks to be very little between them, although jockey bookings suggest the latter may be slightly more fancied with Richard Kingscote aboard.

Taper Tantrum ran well behind Stravagante at Epsom on his return for Michael Bell. He was quite progressive last season and wouldn’t be one to rule out.

Dissolution might just be better than this lot, though, so let’s hope for another Moore masterclass.
▀ Pointers…
DISSOLUTION 5.35pm Ascot