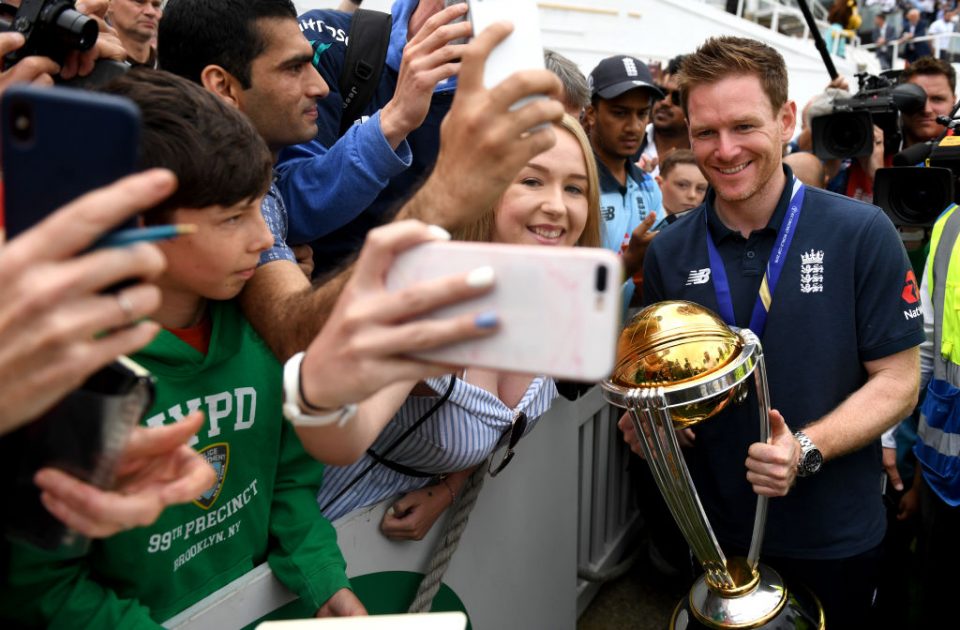 In January the England and Wales Cricket Board released a 35-page document entitled Inspiring Generations, which set out the governing body’s five-year plan to drive youth participation and diversify cricket’s fan base.

One of the six priorities outlined was to “inspire through elite teams”. Sunday’s remarkable events at Lord’s have handed the ECB an opportunity to put their plan into action. It is an open goal which simply cannot be passed up.

The scarcely believable nature of England’s first World Cup win in their first final for 27 years, on home soil and free-to-air television, should be the occasion which sparks a surge in interest for the sport.

Read more: England beat New Zealand by the skin of their teeth to win the World Cup

The initial signs are promising. Sky’s decision to share their coverage on Channel 4 and More4 was vindicated by a peak audience of 8.29m people across both broadcasters, with 4.47m of those watching on free-to-air TV.

To put those numbers into context, the nation-stirring 2005 Ashes series had a peak of 8.9m viewers on the fourth day of the fourth Test on Channel 4, back in an era when terrestrial television was unchallenged by modern multi-platform viewing habits.

These numbers are still significantly below those for this summer’s Women’s World Cup and Wimbledon on the BBC, with Novak Djokovic’s epic win over Roger Federer on Sunday garnering a peak audience of 9.6m, but are nevertheless encouraging for cricket, which has been hidden behind Sky’s paywall for 14 years.

Away from television screens, there were 30,000 fans inside Lord’s and an unquantifiable number watching the nail-biting win over New Zealand in pubs or at public screenings, like at Trafalgar Square.

In the online sphere BBC Sport reported a record 39.7m page views, with 3.9m unique browsers, over the day on their live blog, while Google searches for “The Ashes” had a 559 per cent increase on Sunday, compared to the previous day, and the phrase “cricket clubs near me” was up 50 per cent over the entire World Cup.

The seed has been planted, now the ECB must nurture it. Thousands of new followers and children will have been grabbed by the unique sporting drama which unfolded on Sunday evening. Hundreds more turned up to The Oval today to celebrate the victory, see the team present the trophy and take selfies with the players.

According to the ECB there are 10.5m cricket followers in this country and 2.5m players – 1.2m of which are children. Last year there were 1.1m unique attendees at matches – 82 per cent of those were male, with an average age of 50.

Read more: Why England’s cricketers have a trademark problem

The governing body intends to reach out, diversify its audience and double the number of children playing cricket in primary schools by 2024.

The Hundred, an entirely new tournament which begins next summer, may be being presented by the ECB as the silver bullet to all cricket’s ills.

But in the meantime steps must be taken to build on the foundations laid by Eoin Morgan’s side on an unforgettable day at the Home of Cricket.

Cricket World Cup: Why England's stars have got a blind spot for trademarks