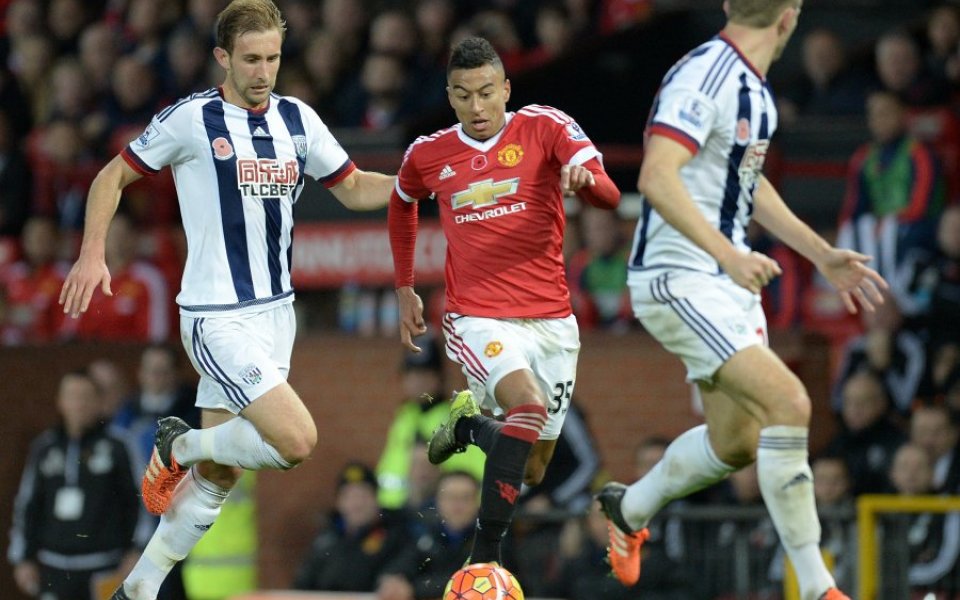 Injury-hit England have called up Manchester United rookie Jesse Lingard for tomorrow’s friendly against France at Wembley despite him clocking up just 193 minutes of Premier League action for the Old Trafford club.

Carrick suffered an ankle injury during England’s 2-0 defeat to reigning European champions Spain in Alicante on Friday, while Vardy is unavailable due to a hip problem sustained in Leicester’s Premier League match with Watford earlier this month.

Lingard, who has had loan spells at Leicester, Birmingham, Brighton and Derby, has made a total of eight appearances across all competitions for Manchester United and played 11 times for England Under-21s.

His maiden international call up to the England senior squad follows two successive man of the match performances for the Red Devils against CSKA Moscow and West Brom – the 22-year-old scored his first United goal against the Baggies.

Following his showing against West Brom, United manager Louis van Gaal suggested it was far too soon for Lingard to receive senior international recognition. He said: “I would say it is too much too early. We have to wait to see if he is consistent.”

Lingard, who made his England Under-21 debut against Scotland in August 2013 when Hodgson took charge of the side, was unperturbed by his domestic manager’s standpoint yesterday.

He wrote on Instagram: “Delighted to be called up to the England senior squad, it’s always an honour to wear the shirt.”