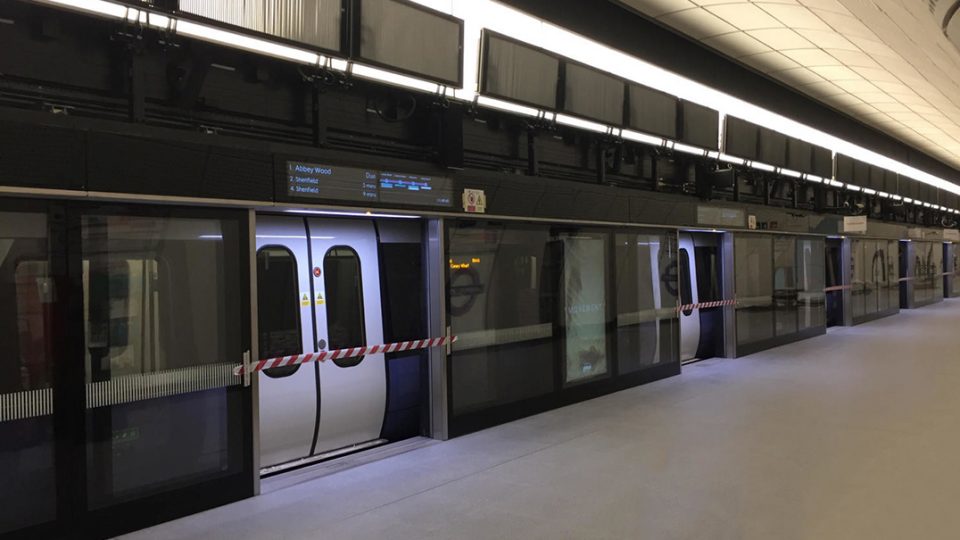 Crossrail has infamously fallen far off track from its original opening date of December 2018, with the £17.6bn Elizabeth Line now not set to open until sometime in 2021.

But bosses eager to assuage angry commuters have shared pictures showing the state of progress at key stations along the London route.

The images of the Elizabeth Line, which will run from Abbey Wood in the east to Heathrow in the west, still has no definite opening date, so the images give Londoners an idea of how far along Crossrail is at various stops along the way.

Here we have a look at each of them in turn:

Work at Crossrail’s Bond Street station could drag on beyond 2019, Transport for London (TfL) has admitted, with the station being one of the most complex projects to accommodate the new line

That appeared to be reflected in the pictures, with hi-vis jacket-clad workers still deep in construction mode despite progress in building vast sections of tunnel for both the train and commuters at the Tube station.

Progress appears to be further along at Farringdon, where tape covers the clear plastic barriers on Crossrail platforms.

But aside from workers dotted around at the tops of escalators and in passenger concourses, the station looks almost ready to open. Though it won’t of course – not until Crossrail is complete.

Meanwhile Liverpool Street station has both ticket barriers and information screens in place – though both are covered while work continues elsewhere in the transport hub.

While workers look to have built the shell of the building, passenger concourses don’t quite have walls so far.

It’s a mixed picture at Tottenham Court Road, though TfL says works are at their most advanced stage at this Crossrail station. Here ticket barriers are in place, and workers can be seen buffing floors ahead of passengers’ arrival.

But there’s still plenty of construction work outside the station in what TfL terms “the urban realm”, while orange barriers still cordon off significant amounts of the Crossrail arm of the station.

All pictures credited to Crossrail