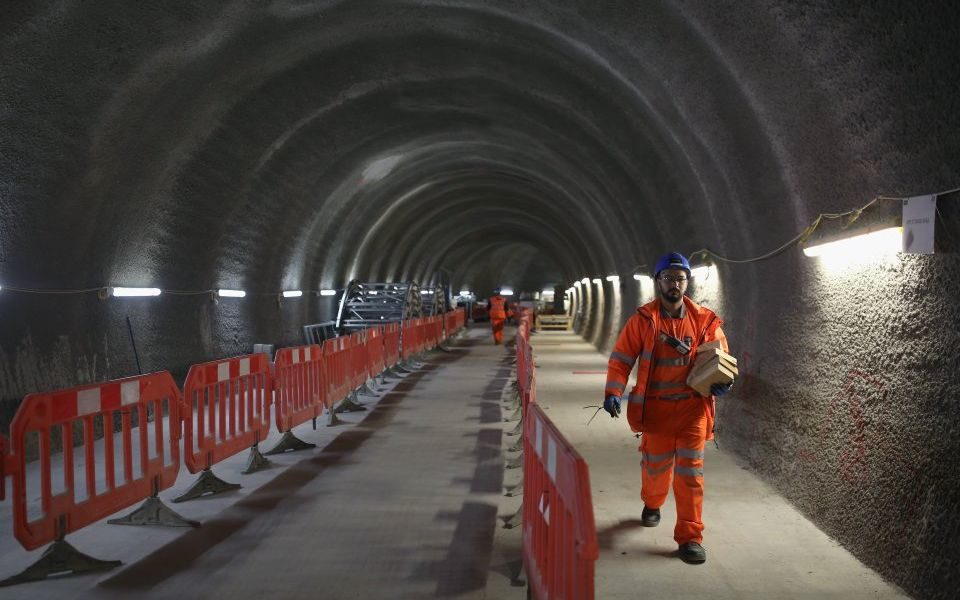 Completion of Crossrail's Bond Street station could slip to "late 2019 or even beyond", Transport for London (TfL) has admitted.

New TfL papers reveal that none of the Crossrail stations are fully complete and that Bond Street, regarded as one of the more complex stations to fit out, would either be finished at the end of the year or even later.

The timetable for the £17.6bn Elizabeth Line, which will stretch from Shenfield and Abbey Wood in the east to Reading and Heathrow in the west, has been thrown into disarray after the project ran into time and cost difficulty last year.

The railway was originally scheduled to open in December 2018 but has been delayed indefinitely owing to problems with infrastructure delays and signalling testing.

On Monday London mayor Sadiq Khan said Crossrail chief executive Mark Wild was unable to give a date "with confidence" for when the delayed railway will open, but that he hoped to give an estimate by the end of this financial quarter in April.

The ambiguity over a new opening date was echoed in a recent speech made by Crossrail deputy chairman Nick Raynsford, who said the board had decided not to commit to a new timetable to avoid "making promises we can't keep".

At the City of London Corporation's planning and transport committee annual dinner last week, Raynsford said: "There can be no hiding from the fact that mistakes have been made and trust has been lost. We need to earn that trust back.

"We won’t do that by making more promises we cannot keep, and so Tony and I, and the board together with Mark and the whole leadership team have made the decision not to commit to a new timetable until we have the absolute confidence it can and will be delivered."

A spokesperson for Crossrail said: “London needs the Elizabeth Line completed and brought into service for passengers as soon as possible. Crossrail Ltd is reviewing as a matter of urgency the work still required to complete the rail infrastructure and new stations including Bond Street along with the critical safety testing. We are working hard to establish a robust and achievable plan to open the railway, once that work is complete then we will be in a position to confirm a new opening date.”

The papers also reveal that that Crossrail will not commit to opening the central section of the Elizabeth Line in 2019 and that works to some of the west London stations will be completed later than December 2019.

Last year it was revealed that delayed opening to the Elizabeth Line will cost TfL £600m alone in lost revenue over the next five years. The project was thrown a lifeline when the government agreed to loan the Greater London Authority £1.3bn to keep it afloat.