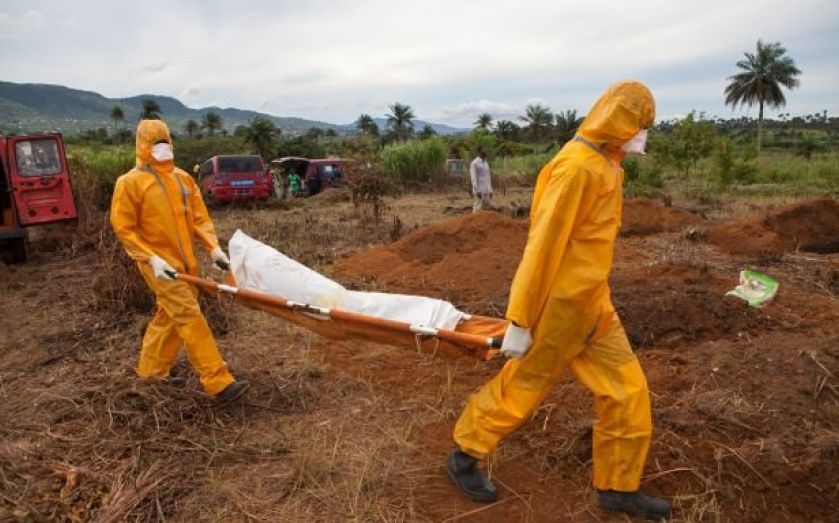 If the Ebola epidemic currently gripping West Africa is not brought under control soon, the cost to the global economy could amount to more than $32.6bn by the end of next year, according to the World Bank Group.
The outbreak began in Guinea in February and has since spread to Sierra Leone, Liberia, Nigeria and most recently Senegal. The World Health Organisation (WHO) estimates that over 3,400 people have been killed by it so far.
In an assessment, the World Bank said the economic impact of Ebola is already serious in Guinea, Sierra Leone and Liberia, and that even if it is rapidly contained in these countries the total global economic impact could still top $9bn.
But there is also a risk that it could extend well beyond the end of the year and spread to surrounding countries besides the three most affected. If that happens, the World Bank estimates that the global economic impact could be over three times greater at $32.6bn.
"With Ebola's potential to inflict massive economic costs on Guinea, Liberia and Sierra Leone and the rest of their neighbors in West Africa, the international community must find ways to get past logistical roadblocks and bring in more doctors and trained medical staff, more hospital beds and more health and development support to help stop Ebola in its tracks,” said Jim Yong Kim, president of the World Bank.
He added that the enormous economic cost of the outbreak so far "could have been avoided by prudent ongoing investment in strengthening health care systems."