Chelsea find themselves in a familiar position ahead of tomorrow's match with Brighton: clouded by a miasma of discontent, yet still on the pathway towards potential success.

Last season Antonio Conte secured the FA Cup despite the end of the campaign being overshadowed by his protracted, bitter exit from the club rumbling on in the background. Five years previously Rafa Benitez won the Europa League despite being wildly unpopular with fans and a clear stopgap solution with the board.

Now Maurizio Sarri has Chelsea in contention for a top four place in the Premier League and in the quarter-finals of the Europa League, where they are favourites with the bookmakers to win the trophy, despite supporters regularly voicing their displeasure at selection, style of play and performances.

Had the lottery of penalties gone the other way in February’s EFL Cup final, the Italian would already have his piece of silverware.

It’s a contradiction befitting the Blues – a club who have managed to win eight major trophies in the last 10 years while burning through nine managers. Stability has proved little hindrance to success; this is a club who seem to thrive in spite of operating upon constantly shifting fault lines.

Like many before him Sarri already looks to be a dead man walking, set to become just another face of the Roman Abramovich era. Judging by the Russian’s history of impatience it appears certain that his 14th separate manager will be in place for the beginning of the 2019-20 campaign.

A cursory glance over Chelsea’s recent form doesn’t quite show the problem, with just one defeat from the last seven games in all competitions. Although they are sixth in the Premier League, the Blues are battling it out with Tottenham, Manchester United and Arsenal for the top four, sitting within striking distance with seven games remaining.

But as Sunday’s 2-1 win over Cardiff will attest, it’s about how Chelsea are achieving their results, not so much the results themselves. 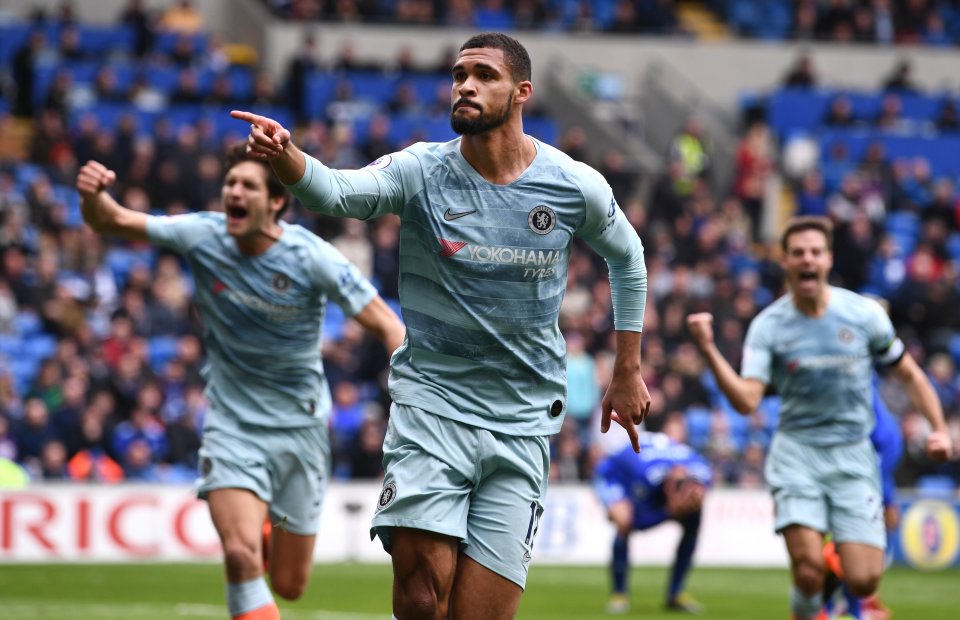 Ruben Loftus-Cheek scored to ensure a 2-1 win over Cardiff on Sunday (Source: Getty)

Arriving with a style named after yourself was perhaps always likely to turn into a millstone around the neck and that’s certainly now the case for Sarri’s “Sarriball”. His possession-based ideology came with much hype following its flourishing at Napoli, but it has quickly gone stale.

The idea of dominating the ball and keeping your opponent at arms length before striking through well-worked moves is an alluring one. As the season-starting 18-game unbeaten run attested, it can work handsomely. But when things start to fall flat and players begin to lose form sticking steadfastly to your modus operandi can exacerbate things further.

Sarri’s perceived stubbornness to try something different has alienated the Chelsea fan base, who called for his dismissal in Cardiff at the weekend.

An offside goal from Cesar Azpilicueta and 91st-minute winner from Ruben Loftus-Cheek to snatch victory from a side battling relegation is unlikely to have changed their opinions. The less than passionate response which followed from Sarri showed the extent of the damage between manager and supporters.

“For me, it’s not a big problem,” the 60-year-old said on Sunday. “Of course I can understand. Unfortunately in the last period I am getting used to this.”

Sarri was slightly more bullish ahead of the visit of a Brighton side who may well have one eye on Saturday’s FA Cup semi-final, pleading with fans not to vent their frustrations during matches and also pointing out that his tally of 33 wins in all competitions is bettered only by Manchester City this season.

While a stand-off between coach and fans over the playing style is likely to hold until the latter get their way, Sarri looks ready to make one popular concession. 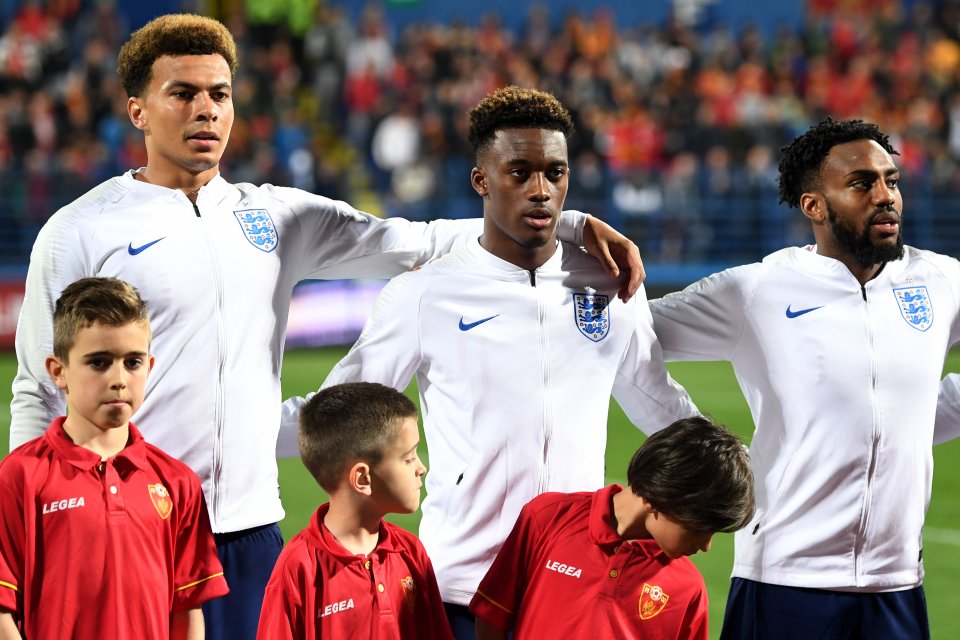 Callum Hudson-Odoi make his first England start in the 5-1 win over Montenegro on 25 March (Source: Getty)

Callum Hudson-Odoi is in the odd position of having earned two England caps before a Premier League start. In fact, the 18-year-old has played just nine minutes fewer in an England shirt this season than in a Chelsea one in the top flight.

Sarri’s opinion of the winger’s readiness clearly differs to that of Gareth Southgate, but with fans in open revolt, now seems a good a time to give in.

“Callum is always in my mind. In my opinion, he is our future,” Sarri said. “Now he’s ready to play. Probably he will start tomorrow or in the next match.”

Hudson-Odoi’s time may have finally come, but, just like every other player, he will be expected to perform a role within the Sarri master plan. Ultimately it’s that stringency looks likely to account for the Chelsea manager’s downfall.