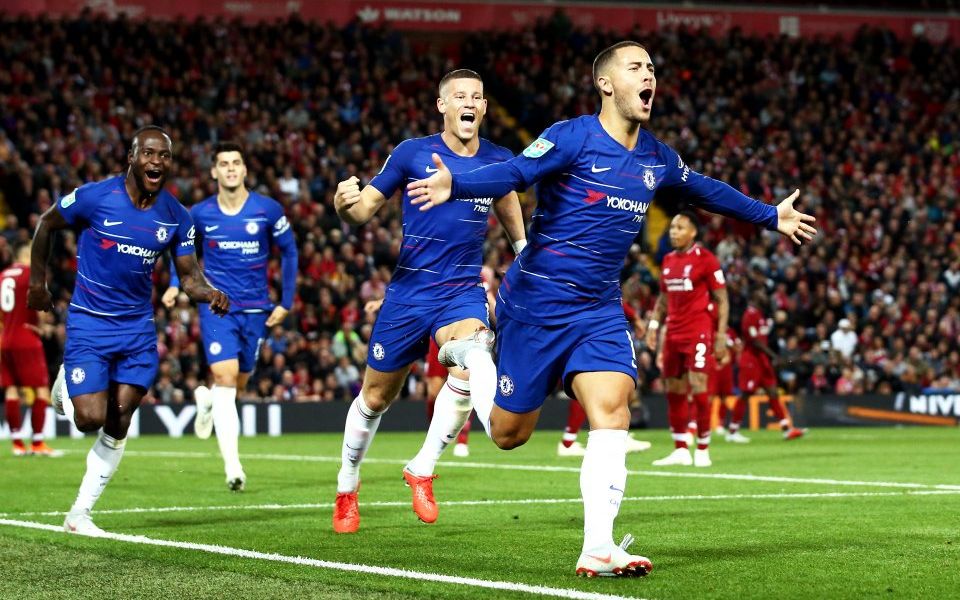 Elite Premier League clubs are less likely to pay their suppliers promptly than smaller teams, according to industry data provided to City A.M.

Chelsea are the slowest team to settle invoices, says business information company Dun & Bradstreet, while Tottenham and Manchester City are also in the bottom four.

Brighton and Bournemouth are the quickest, followed by newly promoted pair Fulham and Wolves.

Read more: Q&A: What will Brexit's impact be on the Premier League?

Dun & Bradstreet’s data is gathered from suppliers, based on transactions from a rolling 12-month period, and is correct up to August 2018. It does not account for all invoices settled by a club but does reflect several payments at least.

Chelsea paid 54 days late on average, based on the 18 payments made by them and registered with Dun & Bradstreet.

Tottenham and Crystal Palace were next slowest, settling 22 days late on average, based on 40 and 27 payments respectively.

Arsenal and Leicester were next, paying 18 days late, based on averages from 22 and 42 transactions.

Brighton and Bournemouth settled their invoices on time, based on eight and 11 payments respectively.

Fulham and Wolves averaged a three-day delay, based on 21 and 17 transactions.

Watford had the same record as United, while West Ham paid suppliers 11 days late on average.

Sources close to Chelsea say the data relates to only a very small proportion of their payments.

A club spokesman said: “Chelsea FC agree terms with each supplier prior to them providing any goods or services, these terms are in line with standard business practices.”