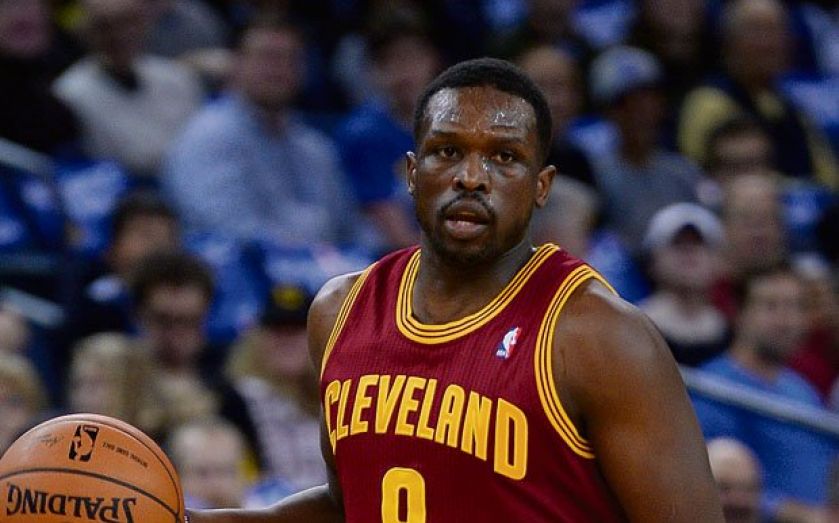 FOLLOWING in the footsteps of former Miami Heat standard bearer and the most famous player on the planet LeBron James might seem a daunting prospect, but not for transatlantic basketball star Luol Deng.

The 29-year-old Great Britain forward signed a two-year deal in July worth $20m with Eastern Conference side Miami, who were earlier this year denied a third successive NBA title after being upstaged by San Antonio Spurs in five games.

Although Dwyane Wade and Chris Bosh both remain, Miami’s renowned and feared triumvirate has lost its spearhead with four-time MVP James seeking pastures new with a return to Cleveland Cavaliers.

The talisman may have gone but twice-crowned NBA All-Star Deng – who spent a decade with Chicago Bulls before playing a year at Cleveland – is refusing to be intimidated by his impending integral role as a new Miami era beckons.

“Obviously when you lose a player like LeBron James it’s going to take a lot of effort to replace him,” said Deng.

“But at the same time I’m joining a team with players that are used to winning and are committed to winning, which is something I’m really excited about.

“You cannot go into it thinking about jumping into somebody else’s shoes, I’ve just got to bring what I can and see how that adds to the mix.”

Sudan-born Deng fled his homeland as a child before docking in south east London and kick-starting his basketball career with Brixton, all of which preceded a move to the United States aged 14 and eventually the glitz and glamour of the NBA.

He represented Great Britain at London 2012 as the nation entered a basketball side into the Olympic Games for the first time since 1948, although such optimism proved a false dawn.

A bleak future beckons with the team’s very existence in serious doubt following UK Sport’s decision to withdraw £7m of funding given a perceived lack of Olympic medal potential, a stance Deng believes smacks of short-sightedness.

“I really don’t know what comes next,” he added. “I think people forget what it took for us to get to the level of the Olympics, we were playing the best teams in the world and we showed we could compete.

“We have come a long way since day one and I think that has been taken away from a sport which could help with so many issues and help out a lot of kids.”

Deng has set up his own basketball project attached to the Evelyn Grace Academy secondary school in adopted hometown Brixton in direct response to the funding cut, with the aim of producing elite players.

He believes the country is on the verge of a talent explosion but fears the pathway for those players to showcase their talent as a nation is being unfairly blocked.

“We’re at a time right now where I feel the best is yet to come but our national team is not there, it’s sad and it hurts but that’s the reality of it,” said Deng.

“Jules Dang Akodo for instance is 17 years old and playing professionally in Slovenia. Who knows how good he could be?

“He could be one of the best players in Europe or have a chance of selection in the NBA in the years to come but may not have a national team and I think that’s really sad.”