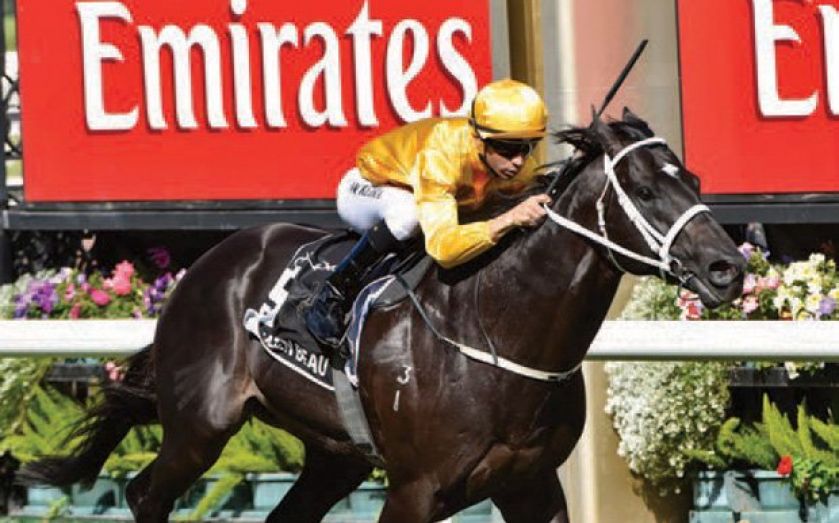 CHOISIR changed the face of Royal Ascot forever when he landed an extraordinary Group One sprint double at the meeting in 2003.

Paul Perry’s beast was an unfancied 25/1 shot for the King’s Stand on the opening day and returned just four days later to scoop the Golden Jubilee at 13/2.

His unlikely feat showed other Australian trainers that they could travel to the other side of the world and pick up these historic, prestigious prizes.

Since then they have actually had more success in the five furlong race with Takeover Target, Miss Andretti and Scenic Blast all claiming the King’s Stand in the space of just four years.

But Black Caviar was the highest-profile winner of all when she took home the Diamond Jubilee (4.20pm) three years ago – and the Aussies can celebrate another win with BRAZEN BEAU tomorrow.

The three-year-old was beaten two starts back by Lankan Rupee in the Group One Black Caviar Lightning Stakes over five furlongs at Flemington.

There was absolutely no disgrace in that. Yet he firmly turned the tables on his rival, and plenty of other top class sprinters, when running out a comfortable winner of the Newmarket Handicap over six furlongs.

That performance oozed class and the form is miles ahead of anything the home team has to offer.

Despite his relative youth, the colt has already had 10 races in his career, winning three of the last four. In any case, three-year-olds pulled off a hat-trick in this race between 2008 and 2010.

If I have one worry, it’s that he’s drawn on the outside, in stall 15, while much of the pace looks to be on the far side.

However, watch a re-run of his last victory at Flemington and you’ll find it impossible not to back him at 5/2 with Unibet.

He looks like an absolute monster and I expect him to start the Ashes summer in style for the Aussies.

Wesley Ward has had a great week and I wouldn’t rule out a big performance for his Undrafted, who is owned by NFL wide receiver Wes Welker.

The five-year-old was fourth in last year’s July Cup, but a return of just four wins from 19 career starts shows that he finds it hard to win. He’s 14/1 with Betway and that looks a fair each-way price.

Dermot Weld’s Mustajeeb has solid claims. He won the Jersey Stakes 12 months ago and looked good when winning the Greenlands Stakes at the Curragh last time.

Interestingly, that was the same race that last year’s winner Slade Power took before coming here so he is respected.

I also wouldn’t rule out Tropics for the in-form Dean Ivory team. He was impressive at Windsor last time.