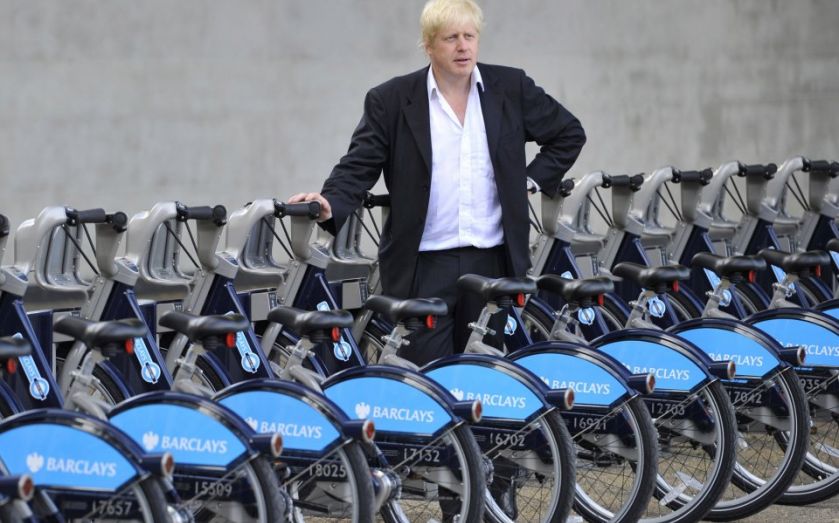 BARCLAYS will not renew its sponsorship of the London bicycle hire scheme when it ends in 2015, it confirmed last night.

The bank signed a deal worth £50m to sponsor the bikes, named colloquially after London mayor Boris Johnson, in 2010.

But in a joint statement with Transport for London, Barclays said it will not extend its sponsorship beyond its original five-year term, despite the mayor announcing in 2011 that it would continue to support the scheme until 2018.

A joint statement from TfL and Barclays strongly denied that the bank had pulled out of the deal, adding: “In recognition of the growing demand for cycling expenditure, TfL is to seek new commercial partners to add significant sponsorship income to the £913m already devoted to cycling. There will be no reduction in public funds spent on the cycling programme.”

A spokesman for Barclays said the decision to stop supporting the scheme was not down to a recent spate of bike deaths on London roads, which have sparked protests by the city’s cyclists.

In July, Philippine De Gerin-Ricard, a French student, was knocked down and killed by a lorry while riding one of the sponsored bikes.

A new tendering process for sponsorship of the bikes will be announced in due course, a TfL spokesman confirmed last night.

Sadiq Khan MP, the shadow London minister, who is also rumoured to be planning a bid to become London Mayor, criticised Boris Johnson’s handling of the bike scheme.

“Londoners are suffering the consequences of having a part-time mayor more interested in becoming the leader of the Tory party than making commuting easier.”