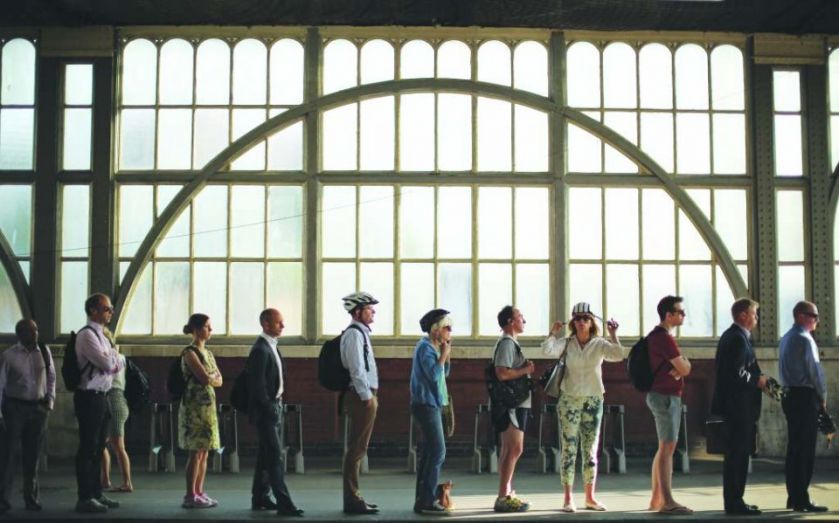 Londoners were forced to resurrect the Blitz spirit yesterday as the Tube strike all but paralysed travel in the capital.
As commuters faced long walks to and from work, queues for Santander bikes, gridlocked streets, taxi rates almost tripled by Uber and fights for a place on crowded buses, unions praised drivers for the industrial action.
The RMT, one of four unions representing 20,000 on strike, said: “They are a credit to the entire trade union movement”. And as Transport for London (TfL) said it welcomed further talks through negotiation service ACAS, RMT chief Mick Cash warned: “Instead of macho, death-or-glory posturing over take-it-or-leave offers now is the time for serious and mature negotiations which address the issues at the heart of this dispute. We now expect that to happen as a matter of urgency.”
And London mayor Boris Johnson yesterday refused to rule out changing the launch date for the Night Tube, the all-night Tube service at the centre of the dispute.
Asked whether union opposition meant the 12 September launch date would be changed, he said: “I am not as hung up on the date. We will get it done this autumn.”
London Underground maintains it has given a “very fair offer” of an average salary increase of two per cent next year, at least retail price index (RPI) inflation for each of the next two years and a bonus of up to £2,000 for Night Tube drivers.
Share
Tags: Boris bikes Night Tube Transport for London Travel delays and disruption Uber