Today marks exactly five years since Boris Bikes launched, and to celebrate, Transport for London (TfL) says it will offer bike enthusiasts free access to the cycle hire scheme – but for one weekend only: 22-23 August.

TfL said the weekend will "allow people to try the scheme for the first time", as well as giving regular users a chance to use it for free.

Five years into the scheme, it said nearly 43m journeys have been taken around the capital by Santander (nee Barclays) bike, with the hardest working bike being hired almost 4,300 times. On the record day (it doesn't say when but our money's on one of the Tube strike days), the scheme was used 73,000 times.

The scheme's set to expand further next year, with new docking stations due to open further east, in the Olympic Park, as well as within the existing zones.

"Our iconic cycle hire scheme has come a really long way since it began, with millions of miles cycled by people of all ages and ability across our great city," enthused Boris Johnson. 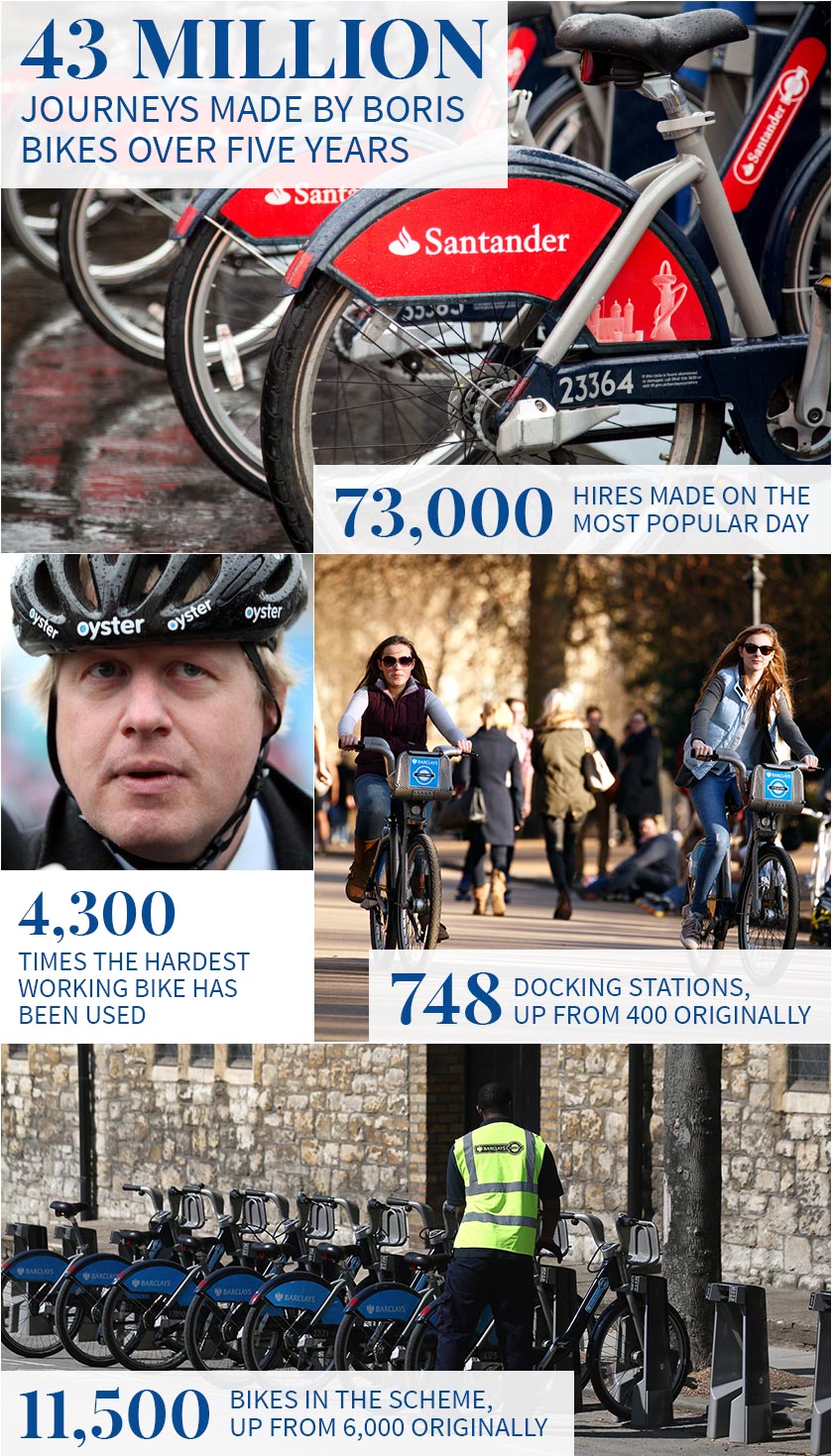