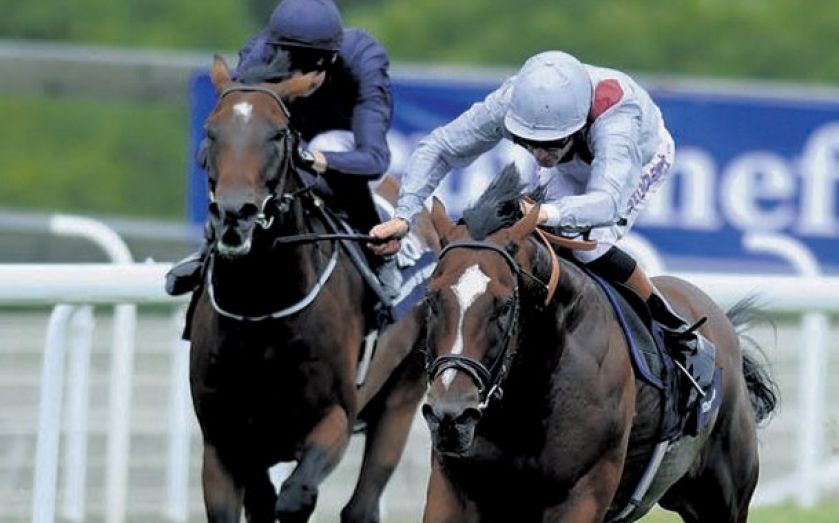 ROYAL Ascot kicks off in style with three Group One races today and my strongest fancy is in the opener at 2.30pm, the Queen Anne Stakes.

This one-mile showpiece has been won by crack milers Goldikova, Canford Cliffs and Frankel in recent times and TORONADO can add his name to that illustrious roll of honour.

Richard Hannon Snr won this twice in the last five years and his son Richard Jnr has made a flying start to his training career. Toronado should give the handler his third top-level success in as many months, following on from Night Of Thunder in the 2000 Guineas and Olympic Glory in the Lockinge last month.

In fact, the shape of this race looks almost a carbon copy of that Newbury showpiece. Then Olympic Glory, in the same ownership as Toronado, was the clear form choice, top on ratings and up against decent but limited rivals. The only doubt was the fact he was making his seasonal debut.

He proved that wasn’t an issue with a straightforward victory and his stable-mate can follow in his footsteps by adding another Group One to his CV.

The High Chaparral colt hasn’t been seen since finishing last in the Juddmonte International at York 301 days ago but he wasn’t right that day. He goes well fresh, winning his maiden on debut and then impressively landing the Craven Stakes last year first time out.

The vibes from the stable are very bullish and, with the ground set to be perfect for the four-year-old, Richard Hughes’ mount will take all the beating. The 10/11 available with Star Sports is a good price – he could well start shorter.

Verrazano is next in the market at around the 7/2 mark. Aidan O’Brien took this with Declaration Of War 12 months ago but I’m not keen on this one. The American-import shaped encouragingly in the Lockinge but we saw last year with hot favourite Animal Kingdom that horses from the States don’t always run well over a straight mile, being so used to running around bends back home.

Soft Falling Rain is a good horse when he gets his conditions but Mike de Kock’s charge has been exposed as just shy of top-class and has been disappointing on his last three starts.

Those looking for an each-way angle might want to consider Hannon’s other runner, Producer, who could stay on past beaten horses and nick a place at 33/1.