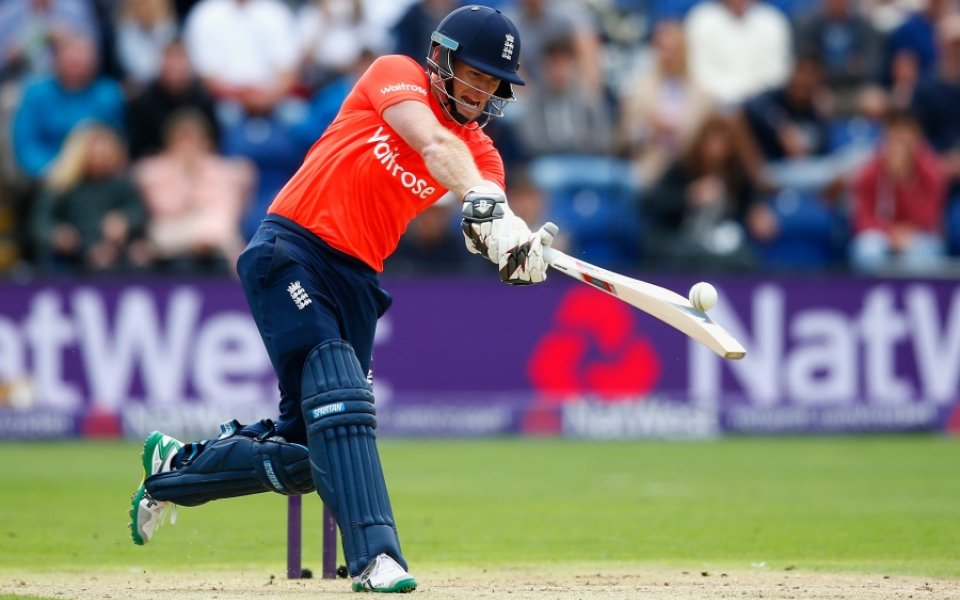 England one-day captain Eoin Morgan believes developing the ability to prevail in closely-fought encounters will stand his side in good stead ahead of next year’s ICC World Twenty20 after nullifying Australia at Cardiff yesterday.

All-rounder Ben Stokes held his nerve to bowl a tight final over, which also brought three wickets, as England restricted Australia to 177-8 after posting a victory target of 183.

Skipper Morgan struck seven sixes in a knock of 74 to surpass exiled batsman Kevin Pietersen as England’s highest T20 run scorer, and shared a third-wicket stand of 135 with Moeen Ali, who finished unbeaten on 72.

Morgan’s counterpart Steve Smith led the tourists’ charge with a 53-ball 90 after the early loss of openers David Warner and Shane Watson, while his 112-run partnership with Glenn Maxwell was only ended when the latter was superbly caught by Stokes.

“It was brilliant, a great game of cricket to win,” said Morgan. “You can learn a lot from playing in close games against top opposition and we will have learned a lot.

“It was impressive the way Ben Stokes bowled that final over and delivered his skills after just finishing a five-game Test series. He stuck his chest out and bowled very well.”

Yorkshire-bound David Willey finished with 2-34 from his four overs, while there was a wicket apiece for Steven Finn, debutant Reece Topley and all-rounders Ben Stokes and Moeen Ali, as England built on their T20 victory over New Zealand in June.

Morgan, meanwhile, is adamant that England will find a way to negate having only five remaining T20 internationals before competing at the World Twenty20 tournament in India, which starts in March.

“It’s not enough,” said Morgan, in reference to the number of scheduled matches. “We’re trying to keep as many guys in and around the squad that we think will be part of our one-day and T20 future and that will make it easier.”