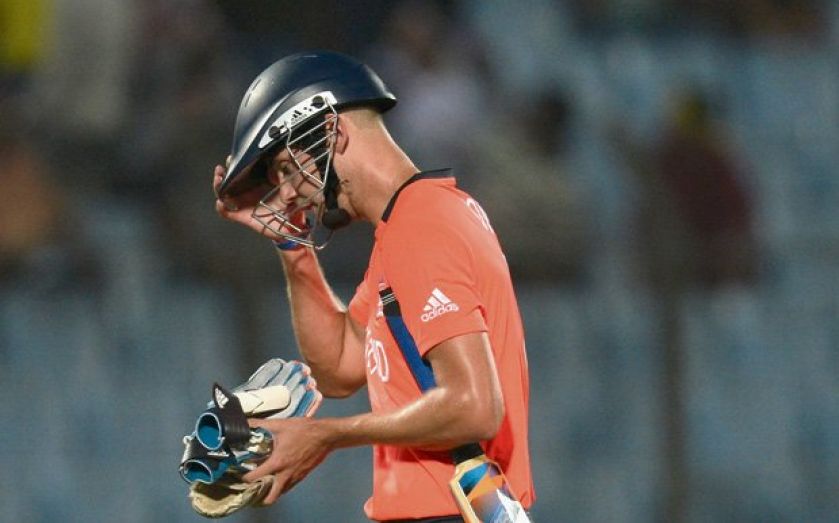 FIRST things first: for England professionals to lose to the Netherlands’ team of virtual amateurs by a big margin this week at the World Twenty20 was embarrassing and pathetic.

There was no excuse for that result but, looking at the whole tournament, England actually did quite well. They beat Sri Lanka and lost a controversial Duckworth/Lewis decision to New Zealand and then by three runs to South Africa.

If they’d beaten the Dutch we’d be saying they’re unlucky to go out. On such thin threads do reputations – and job prospects – hang. I’m sure Giles will still make a decent candidate. The fact is there are few people available or willing to take on the role. My information is that Gary Kirsten and Tom Moody aren’t available. Micky Arthur? I’m not sure he’s better than Giles.

One man I’d consider is former England coach Peter Moores. There was nothing wrong with him when appointed in 2007 and he didn’t do much wrong before his ousting amid a row with Kevin Pietersen in 2009.

Fresh ideas are needed. England have so many support staff now to instruct where to go, when to go there, what to wear and what to eat that I’m not sure players think for themselves enough.

England need to get more out of the players. How can they develop captains when none of the players are doing any thinking? Take Alastair Cook away and who are the captaincy candidates?

Sure, you have to take into account statistics and nutrition, but I believe a change of emphasis is needed in the set-up, and England need a man who will lead that transformation.

Andy Lloyd is a former England Test cricketer who has also served as chairman and captain of Warwickshire.