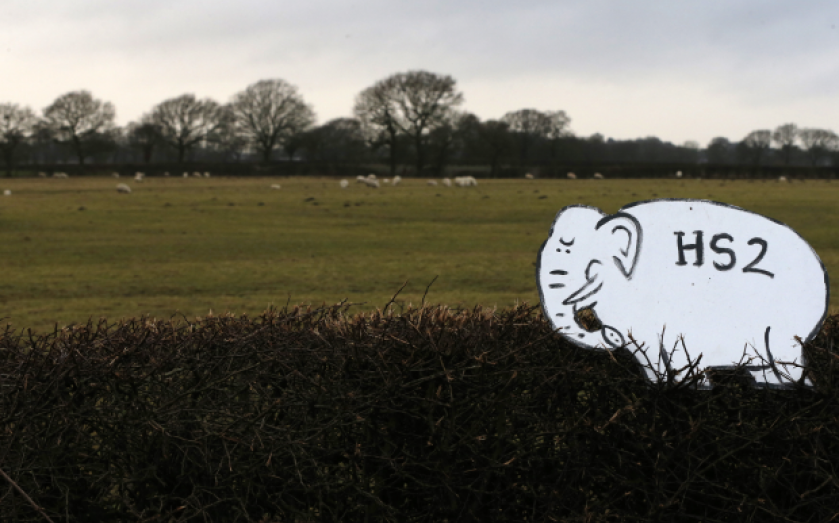 IT’S A familiar but depressing story. When a big government project is first advocated, the backers downplay the costs in order to gain political support. As the scheme progresses, the budget increases dramatically, but the momentum behind it makes it difficult to stop.

The same pattern is repeated again and again. The Channel Tunnel Rail Link and the Jubilee Line Extension are just two relatively recent examples. It therefore comes as no surprise to see the predicted cost of High Speed 2 (HS2) rising inexorably.

When a high-speed line to the North was first adopted as Conservative policy in 2008, the cost was estimated at £20bn. The then Labour government’s similar HS2 scheme was budgeted at £34bn. But in June this year, the transport secretary announced this had risen to £43bn. Now the Financial Times reports that Treasury insiders are working on the assumption that the cash cost will be £73bn. And our own report, published earlier this week, estimates a figure of £80bn – if additional costs resulting directly from HS2 are included.

The Treasury insiders base their total on different assumptions from our own. While both estimates include the £7.5bn bill for new rolling stock, the officials factor in VAT and inflation to arrive at their amount.

By contrast, our analysis examines the political economy of HS2 and presents evidence that substantial extra government spending is likely to be forthcoming in three main areas. First, there is a clear risk that politicians will continue to “buy off” opposition with extra tunnelling and route diversions. Second, local authorities and transport agencies are already lobbying vigorously for funding for expensive new transport infrastructure that will link to HS2. This is partly justified by the strain the new line will put on existing links. Finally, there are ambitious plans for regeneration schemes around the stations. As we know from the Millennium Dome, Stratford and even King’s Cross, the taxpayer contribution to such projects is likely to be very substantial indeed. On top of these items, the wider economic losses resulting from the tax financing of the plans should also be factored in.

While the precise magnitude of such “off balance sheet” costs is open to debate, it is completely unrealistic to assume that none of these risks will materialise. And if both the Treasury-insider and our estimates prove even broadly accurate, it suggests that the implications for government spending are very grave indeed.

But even these dire predictions fail to grasp the full long-term costs of the scheme. Perhaps the biggest tragedy of HS2 will be the lost opportunity it represents. If the same money were spent on high-return, low-risk transport schemes, the economic benefits would be an order of magnitude higher and the chances of failure much lower. This is perhaps the most compelling argument for High Speed 2 to be cancelled.

Dr Richard Wellings is the author of The High-Speed Gravy Train: Special Interests, Transport Policy and Government Spending, published by the Institute of Economic Affairs (www.iea.org.uk).