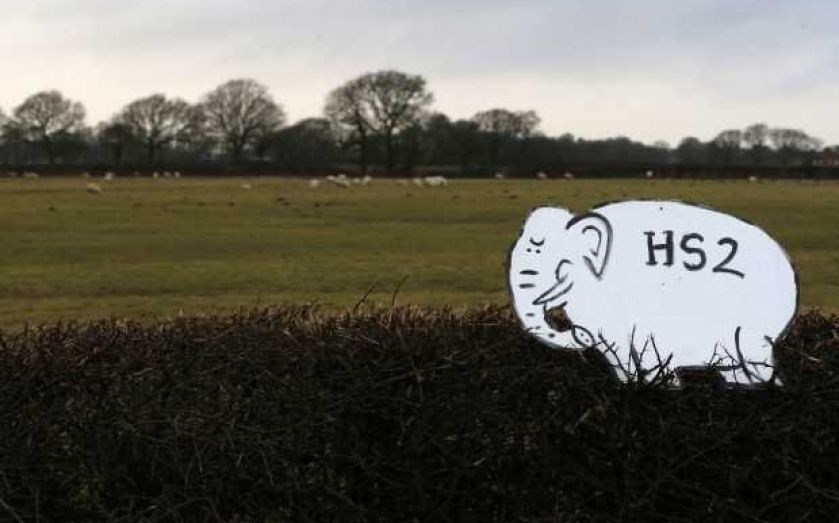 FOR A mode of transport that first arrived in the nineteenth century, railways have been remarkably resilient. All three major political parties currently support the creation of a new high speed rail network, High Speed 2 (HS2), a £43bn plan to connect London Euston, Birmingham, Leeds, Manchester, Sheffield, and the East Midlands in two phases. But criticism is building. Is it really worth it? What are the pros, cons, and alternatives?

Undoubtedly, high speed rail has some real successes under its belt. Many of us are used to conveniently hopping on a Eurostar to France or Belgium. In Japan, Shinkansen trains seamlessly connect the major cities. And in China, the relatively recent creation of a high speed rail network is not only speeding up travel, but also creating a new kind of suburbia. A recent study by Tsinghua University and the University of California, Los Angeles (UCLA) credits the growth of second-tier cities – such as Qinhuangdao and Yangquan – which support China’s mega-cities, to high speed rail. From this standpoint, a similar network for Britain sounds extremely attractive.

But it comes with a price. Officially, HS2’s price tag is £43bn. But as we all know, the cost of large infrastructure projects often exceeds official estimates. The Institute for Economic Affairs recently suggested that the cost of HS2 could actually exceed £80bn. For further clues as to how things could play out, we only have to cast our eyes across the Atlantic towards the California High Speed Rail project. Initially, the first phase of this scheme – connecting San Francisco and Los Angeles – was expected to cost around $35bn (£22.4bn), and be completed by 2020. Californian voters approved the scheme in 2008. However, by 2011, official cost estimates had soared to $65bn, and the completion date had been pushed out to 2033. Sound familiar? Perhaps voters would have reacted less enthusiastically had the vote been held in 2011.

The preposterousness of California’s scheme has spurred interest in alternatives. Recently, the entrepreneur Elon Musk threw his weight behind an idea called the Hyperloop. (For those not familiar with Musk, he founded PayPal, Tesla Motors, and SpaceX.) Essentially, the Hyperloop would be a vast network of evacuated concrete tubes in which passengers travel within capsules. Reportedly, the Hyperloop would be able to transport passengers from San Francisco to New York in 45 minutes. But his plan also faces economic scrutiny; although Musk claims a system in California could cost as little as $6bn, analysis by prominent US economists suggests the real cost would exceed $100bn. (Apparently, he forgot a minor detail called “the cost of the land.”)

But, in fact, Musk may have a head start – the idea of travelling about in tubes is not a new idea. Small vacuum-tube systems were once commonplace in retail and business, moving money and papers around buildings. In the late 1990s, a US engineer called Stephen Fairfax thought that a large vacuum-tube system would be perfect for moving ore around phosphate mines. Fairfax’s company, MTechnology, built a demonstration unit at a Florida mine – capable of shifting 3m tonnes of ore every year.

And the idea of transferring mining technology to transport is itself not new. At the dawn of the nineteenth century, Richard Trevithick decided to do something radical, using his knowledge of mines’ steam engines. In 1804, a Trevithick engine hauled 10 tonnes of iron nine miles down an iron track, at a speed of 5 miles per hour, thus completing the world’s first full-scale railway journey. Initially much too expensive to see widespread use, Victorian engineers fine-tuned railway systems until they had become viable on a commercial level.

In the 1820s, George Stephenson built celebrated locomotives such as Locomotion and The Rocket. The latter could hit a dizzying 30 miles per hour. At the time this was scary, pioneering, stuff. Eventually, railways superseded the incumbent transport system, the canal. But this wasn’t a revolution driven by a government push, or at the behest of a clique. This was a transport revolution created by engineers, innovators, and businessmen.

History provides valuable insight. For another transport revolution to occur, it cannot involve a railway. HS2 is an expensive distraction. Why spend £80bn just catching up with everyone else? We need pioneers – super-entrepreneurs like Musk – not government dogma. For that reason, I would love to see Musk confound the critics and build something truly extraordinary. But like his Victorian forebears, he must first bring costs down to a commercially acceptable level.