The HS2 debate is over: It’s time to embrace the benefits 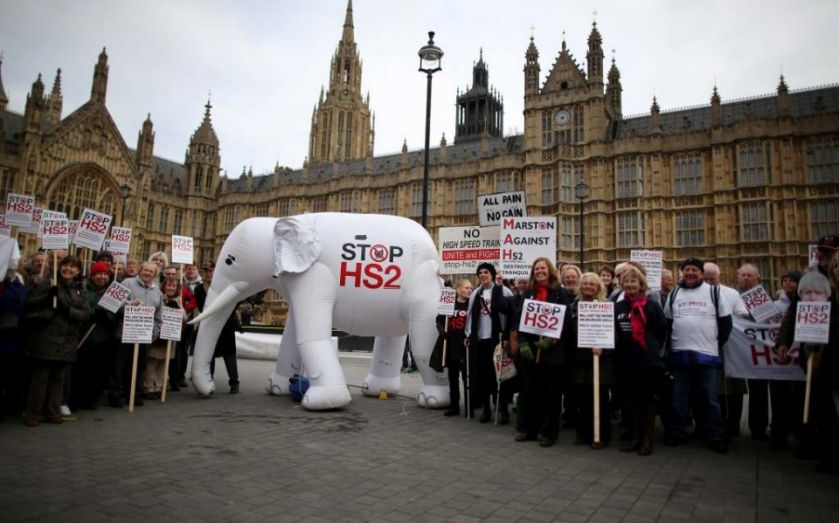 One of the consequences of this year’s General Election is that HS2, the high-speed line from London to the Midlands and the North, is now almost certain to happen. The immediate challenge for London business is to take advantage of the huge opportunities it provides for regeneration and development in west London, where a new Stratford is waiting to be created at Old Oak Common, the interchange station between HS2 and the new Crossrail line.As the originator of HS2, and now a member of the HS2 board, I obviously believe the project should proceed, to provide essential rail capacity and connectivity between London and the major city regions of the Midlands and the North centred on Birmingham, Manchester, Sheffield and Leeds.However, my optimism that HS2 will happen comes from the firm commitment of the re-elected government to seeing the project through. The chancellor is a passionate supporter. The legislation for HS2 is already a large part of the way through Parliament and will be enacted by the end of next year. Construction of the £50bn project will be well under way by 2020.So the argument over HS2 is now largely over. The challenge is to secure the greatest possible benefits.Long before the first trains run from London to Birmingham – in less than 45 minutes – from 2026, there are huge development opportunities. For London, the biggest is at Old Oak Common, just west of Paddington, where a vast expanse of rail and waste land, four times the size of Hyde Park, will have at its centre a new junction station between HS2 and the Crossrail line coming from Reading in the west and proceeding east to the West End, the City and Canary Wharf.Ultimately, this station will be the size of Waterloo, handling 250,000 passengers a day and acting as a super hub between London and the rest of the UK.The land around it is therefore a vitally important development zone for London. A Mayoral Development Corporation has been established, and there is talk of 24,000 homes, 55,000 jobs, and the possibility of a new 40,000-seat stadium for Queens Park Rangers Football Club.A striking feature of the existing plans is the large proportion of the site being taken up by rail operational facilities. The Great Western Main Line goes through the site. A new depot is being built for trains terminating at Paddington, and Crossrail is to have a huge depot and stabling yard next to the proposed station. Whether all these facilities should be on this prime site, or whether some could be elsewhere so that more homes and commercial development can take place near the mega station, is a big question.It is also essential that the new housing includes a high proportion of social and affordable homes. This is mostly public land, so there is no excuse for it to become an exclusive development. It should be a mixed community serving London at large.Other important rail links – including the Overground line to Clapham Junction and the Piccadilly and Central lines – pass very close to Old Oak Common. Its connectivity would be greatly enhanced if some of these lines could also serve the new interchange station.The more successful Old Oak Common becomes, the better for London. Many key decisions will be taken soon, and they deserve a big debate.