Budget for a greater Britain: What the City needs from the chancellor 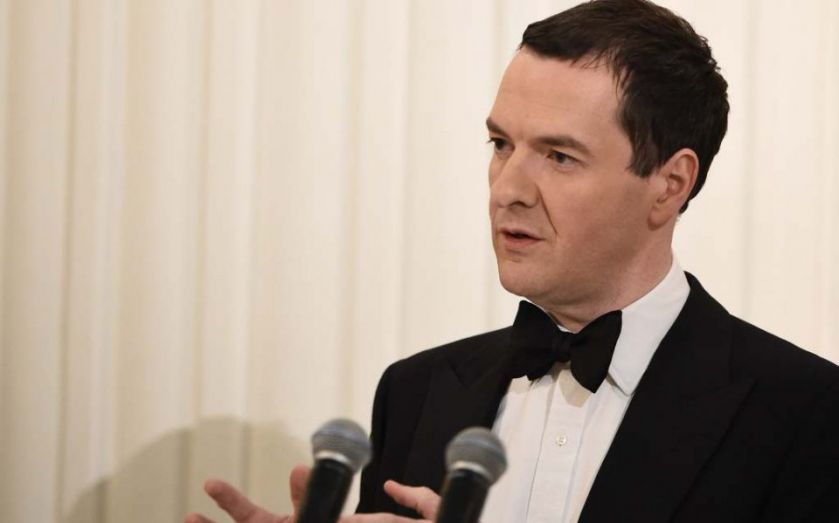 Amid the deluge of news about EU reform and the Greek debt crisis, you could be forgiven for forgetting there’s a Budget today. But that would be to overlook an opportunity for the City. This is George Osborne’s first Budget since the Conservatives were elected to govern alone and we’ll get a clear sense of what his economic priorities are for the next parliamentary term. What my industry wants to see are bold and ambitious policies that support long-term economic growth and ensure the UK’s continued international competitiveness.
The chancellor has already stated that this will be “a Budget for working people.” It’s therefore an opportune moment to consider the importance of the financial and related professional services industry in helping to deliver such a Budget. This is an industry that genuinely supports the many, not the few. Two-thirds of the 2.1m people it employs work outside the M25, our firms have a presence in every town and city across the country, and they make a significant contribution to local and the national economies. Ours is an industry that helps people to buy homes, save, prepare for retirement, and grow their businesses.
Read more: The Budget as it happened – Osborne cuts corporation tax and bank levy
That’s why it’s important this Budget lays the groundwork for and supports a strong, competitive and well-regulated financial and professional services industry that is able to continue playing its crucial role in creating jobs, unlocking growth and supporting sustainable economic recovery.
So how can it do that? Here are four areas we’d like to see addressed.
First, investment in infrastructure across our regions is critical. The chancellor’s intention to forge ahead with the Northern Powerhouse is exactly the sort of initiative we need to see more of. The money to fund new projects is there, as is the expertise, but there aren’t currently enough shovels in the ground. I hope we will hear commitments to prioritise HS2 and HS3 and to implement the recommendations from the Davies Commission report. We haven’t built a new commercial runway in Britain since World War Two and further delays could stifle our international competitiveness.
Second, businesses will look for reassurance that the chancellor’s approach to financial regulation will remain fair and proportionate. One step might be to adopt a “one in, one out” approach to ensure rules aren’t creating barriers to entry for firms and stifling innovation. But we’d also like to see a commitment to testing all new financial regulation for the impact it has on the UK’s international competitiveness.
There is an immediate opportunity to put this into practice with the bank levy. I expect this will arise at some point during the chancellor’s time at the despatch box. Banks play an important role in financing the economy and, like any business, need consistency and stability with respect to their tax liabilities. However, having been raised nine times since its introduction in 2011, the levy is now a disincentive for firms to operate in the UK. The government should move to reduce and eventually wind up the bank levy in light of the impact it is having on the UK’s competitiveness. The financial sector as a whole contributed £66bn in tax in 2014, by far the largest source of government revenue.
Read more: Everything you need to know about the 2015 July Budget
The chancellor deserves praise for his work in furthering Anglo-Chinese relations and delivering more investment in the UK, creating new companies and new jobs. This brings me to my third call: recognition from the government that immigration of highly skilled professionals is good for economic growth. A flexible and skilled labour market is one of our greatest competitive advantages. A step forwards would be giving the Treasury, and the Departments for Business and Local Government, roles and responsibilities equal to that of the Home Office in the development and assessment of migration policy.
Fourth, the UK would benefit greatly from renewed support for the Financial Services Trade & Investment Board (FSTIB). Thanks to the Economic and Commercial Diplomacy strategy that was rolled out across the Foreign Office’s network, our ambassadors know they act as business generators for UK plc. Confirmation of FSTIB’s important work, as well as protecting funds that support economic and commercial diplomacy in the upcoming spending round, will further support the promotion of London as the world’s leading international financial centre and the UK as a great place to do business.
London is not just at the heart of the UK’s financial industry; it is Europe’s financial centre. Companies know they can come to the UK to raise finance, insure their businesses, and seek advice from world-class law and consultancy firms. In turn, the impact this industry has on the UK economy is profound; 12 per cent of all UK GDP comes from financial and related professional services. The Budget will be a litmus test for its continued ability to underpin jobs and growth across the country for the next five years and beyond.