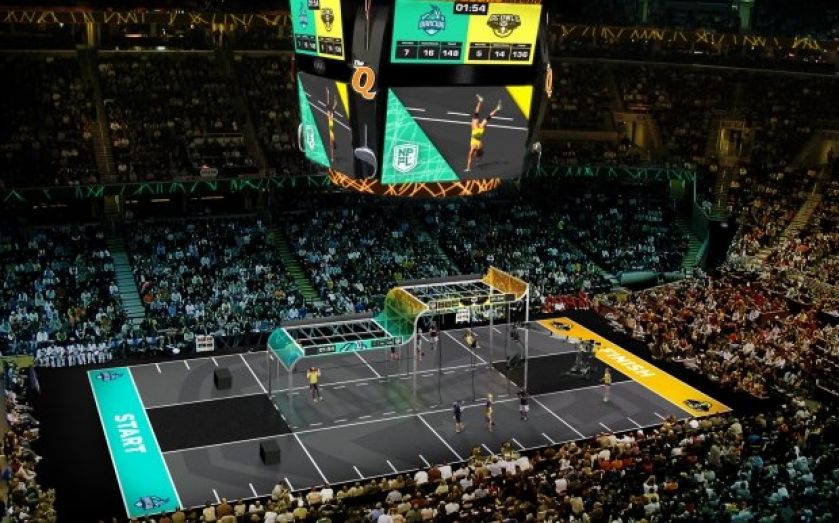 CrossFit, the fitness craze that's seen rapid growth first in Santa Cruz, California, then the rest of the world, finally has some competition of its own.

Right now it's sometimes difficult to follow some of the CrossFit frenetic workouts out there – usually some combination of weightlifting and gymnastics – unless you're already clued in as an active competitor yourself.

That doesn't matter too much for CrossFit – they make a lot of their money from people participating – but the newly unveiled National Pro Fitness League (NPFL) may now be broadening that appeal.

The new team based competition looks very similar to the already established CrossFit. Perhaps that's because it's established by CrossFit's former director of media. Spectators will see the same sort of moves they'd be familiar with as part of CrossFit's existing community, but the structure is a little different.

All events are team-based – whereas the big CrossFit contests have all been centered around individuals – with four men and four women fielded by each team. A match takes place within a two hour window. The highlight of the CrossFit calendar, the CrossFit Games, takes three days.

Who's winning should also be easier to gauge, as teams progress across the arena – known as the Grid – they'll move from the start line, towards the finish line. "The casual fan, is going to be able to understand [matches] in a heartbeat," says Budding. Leave the game for a moment, and there'll be no difficulty in catching up.

The NPFL is the first significant competition CrossFit has experienced at this stage. There are some rival contests – Wodapalooza and the OC Throwdown – but while those are relatively small fry, Budding says that the NPFL is currently in negotiations with two networks to air the regular team vs team contests he's planning.

Budding's plans also see NPFL competitors as salaried athletes, providing a steady income stream for the individuals involved – there's a minimum compensation of $2,500 for each athlete "dressed" for a match. Outside of endorsement deals, high level CrossFit competitors must bank on taking a podium finish in order to pick up prize money.

Some staff at CrossFit HQ must be worried about NPFL becoming a more attractive avenue for pro athletes, to the detriment of CrossFit's own events and brand. 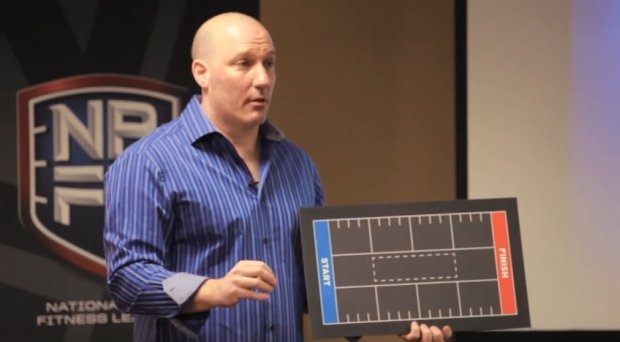 Competition between rival federations is typically a good thing in sport – it provides more options for athletes and spectators. Myles Kantor says that in American powerlifting "due to different preferences about drug testing, equipment, and organisational style, many powerlifting federations exist in America that accommodate these diverse preferences."

"This is how a marketplace works," says Kantor. And as EliteFTS founder Dave Tate notes "there is a reason why other federations were born" in powerlifting, as before then judging of contests was "very inconsistent and favouritism ran rampant".

CrossFit's founder and CEO, Greg Glassman, has always described himself as "a rabid libertarian", so we're hoping he'll embrace the competition. It's based on that philosophy that he's sought to make setting up a CrossFit gym very easy. Anyone wanting to set up their own needs only pay their fees to HQ, and pretty much everything else is down to that gym owner.

Speaking to Reason, Glassman says that "markets, to the extent that they are free and unfettered, will move capital in the direction of excellence." With that in mind, CrossFit affiliates – commonly known as boxes – are meant to differentiate themselves in order to attract gym members.

But some things still stand in the way of flexibility. There are tight rules on what terminology you're allowed to use, in order to protect brand identity. And trainers all have to pass what is known as the Level 1 course in order to coach at any affiliate, requiring a $1,000 payment to CrossFit HQ.

Those fees translate into higher fees for anyone wanting to get into CrossFit. Those fees – which can range from less than $100 a month to nearly $300 – pose a significant barrier to new athletes. CrossFit has received criticism for its overwhelming whiteness, and some of that can be explained by high participation costs.

Ideally, we'll see Glassman and the rest of CrossFit HQ respect the importance of competition. If that could in any way loosen CrossFit's grip over gyms, and see fees fall, then it's a change to be welcomed. The worst possible scenario is that we see an anti-competitive response – with CrossFit prohibiting NPFL athletes from participating in the Games.