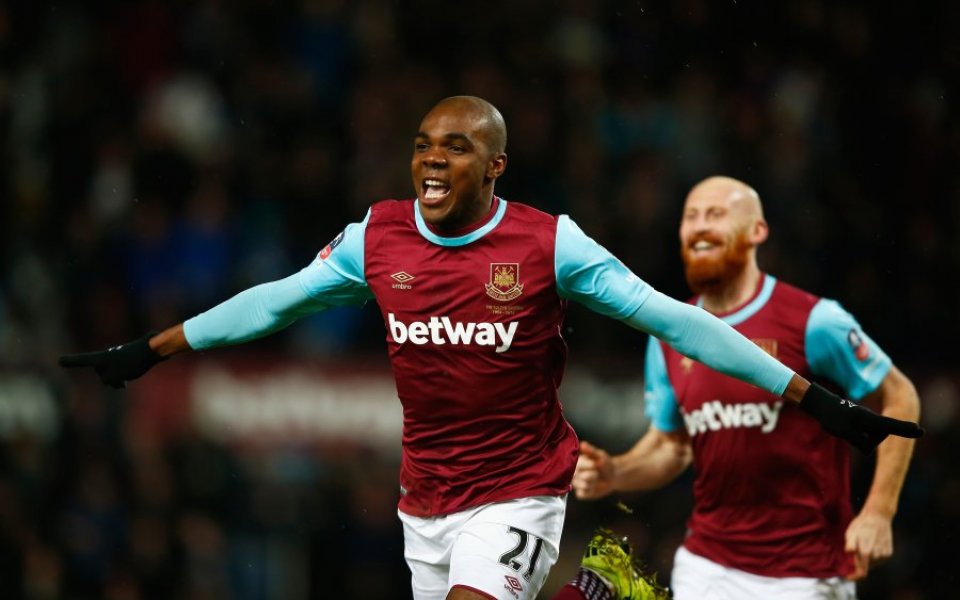 West Ham boss Slaven Bilic insists that his side’s extra-time victory over Liverpool in last night’s FA Cup fourth round replay deserves to be ranked amongst the finest moments in the club’s history.

A last-gasp header from Italian centre-half Angelo Ogbonna catapulted the Hammers into round five after Michail Antonio and Philippe Coutinho had traded goalscoring blows in normal time.

Defeat ended Liverpool’s hopes of a domestic cup double, having reached the final of the Capital One Cup, while West Ham progressed and will now face Championship side Blackburn Rovers at Ewood Park on Sunday 21 February.

“It was a great game of football, a classic FA Cup tie and it is going to go into history of West Ham’s greatest games, no matter that it is only for the last-16,” said Bilic.

“Unfortunately, it wasn’t a final but we are going step by step. We paid a price with a few injuries [defender Winston Reid and midfielder Cheikhou Kouyate] but it is all very worthwhile. We want to progress even further but if we produce performances like this we are capable of beating any team in the Premier League or England.”

Playmaker Dimitri Payet became the third player to strike the frame of the goal in the first half as his curling free-kick was tipped onto the post by the fingertips of Mignolet, who was on hand to palm away Antonio’s headed follow-up.

But the former Tooting and Mitcham United winger was not to be denied in first-half stoppage-time as he adjusted his body to meet an Enner Valencia cross and plant a side-footed volley across Mignolet for his fourth Hammers goal.

Coutinho, making his first Liverpool appearance since 5 January having been sidelined with a hamstring injury, levelled shortly after half-time by cannily placing a low free-kick under the jumping West Ham wall and past a stranded Darren Randolph.

Benteke fluffed two glorious chances in extra-time and was made to pay a heavy price when Ogbonna towered above the Liverpool defence to meet an enticing Payet free-kick and guide a thumping header into the far corner.