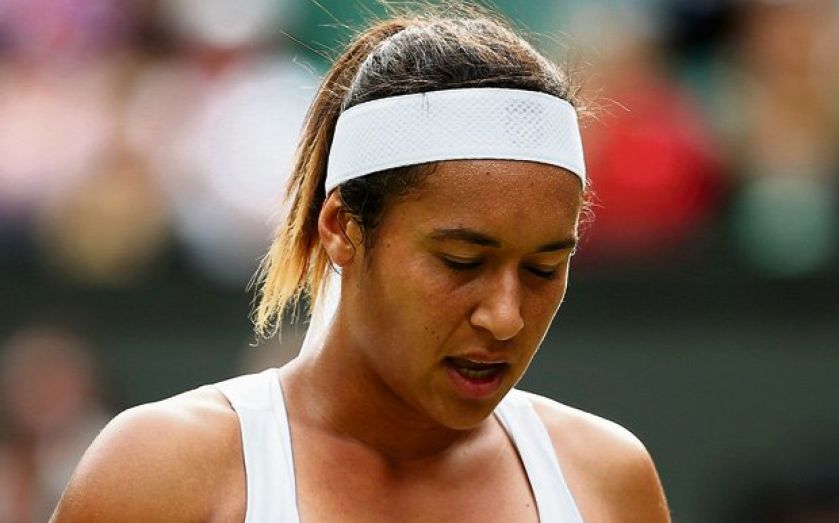 BRITISH No1 Heather Watson last night blasted her compatriots who do not take their tennis seriously enough and are dragging down the reputation of the national game.

Watson became the last British woman to bow out of the singles draw with a brave 6-2, 5-7, 6-1 defeat to world No7 Angelique Kerber on Centre Court.

Of the 11 British players that originally entered the championships, several of them by wildcard, only Watson, reigning champion Andy Murray and self-sufficient Naomi Broady, who receives no funding from the Lawn Tennis Association, came through the first round.

Belgian Julien Hoferlin, who coaches Dan Evans and works for the LTA, said earlier this week that British players “were spoiled” and that Evans “makes no sacrifices for his sport”.

Watson acknowledged Hoferlin’s points, although she feels coaches must shoulder some responsibility.

“I understand where he’s coming from. I see it with some players more than others,” she said.

“I see some not working week in, week out, kind of choosing when they want to work. Not just the players, but I think the coaches let them slip, let them get away with it.

“I don’t think it’s all the players. I think it’s coaches, too. But if a player wants to make it, it’s all up to them.”