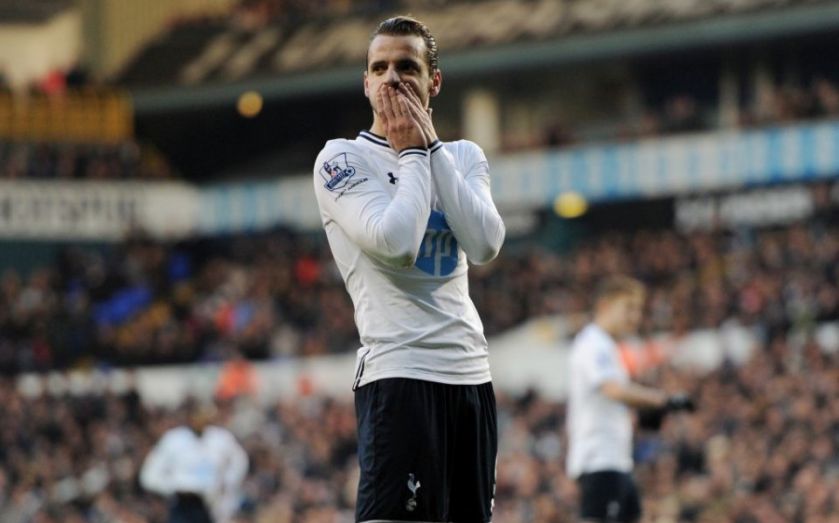 You could forgive Tottenham fans for being a little giddy when Spanish international and leading La Liga scorer Roberto Soldado arrived at White Hart Lane for £21m in 2013.

But two seasons and just seven Premier League goals later, Spurs now appear to be cutting their losses on the Spaniard, who is nearing a move to Villarreal. For £3m per goal (plus wages), the Soldado signing will go down alongside Fernando Torres' ill-fated move from Liverpool to Chelsea as one of the most disappointing deals for a striker in Premier League history.

The above visualisation demonstrates how Soldado compares to other strikers signed by Premier League clubs since 1992, showing how forwards fared in their first season at a new club and how much they cost.

With six goals in his first season in North London, Soldado struggled – yet as the above graph reveals, so did many other big-money movers in their debut campaign.

Affectionately dubbed "Bobby" by the Spurs fans who appreciated the Spaniard's dignity and commitment during a difficult spell, Soldado averaged 0.28 goals per 90 minutes.

Players such as Andriy Shevchenko, Danny Welbeck and Chris Sutton all cost more than £10m and had worse scoring rates than the man who scored for fun at Valencia in La Liga.

Nevertheless, a one goal Premier League season in 2014/15 and the emergence of Harry Kane has left Spurs with little choice but to call it quits on him. Still, at least chairman Daniel Levy can comfort himself with the fact that while Soldado was clearly a miss, other clubs have been even further wide of the mark when signing big money strikers.