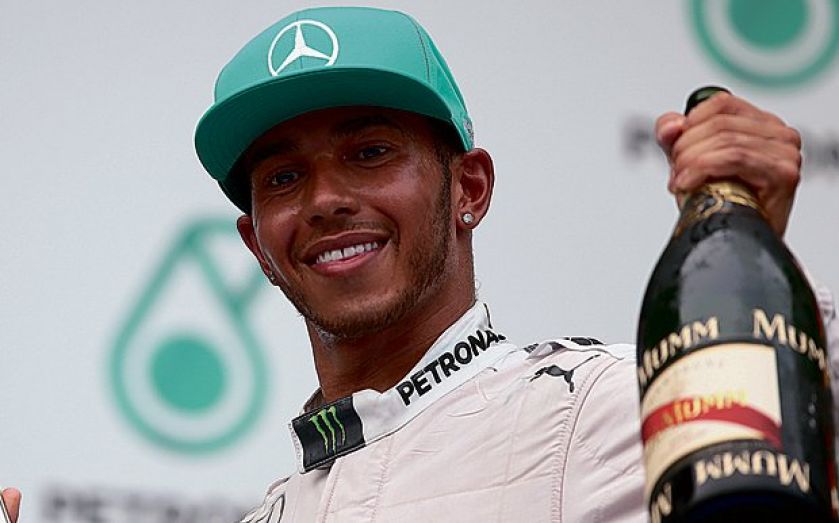 BRITAIN’S Lewis Hamilton hailed this year’s Mercedes as the best Formula One car he has ever driven after leading the team to their first one-two finish since 1995 at the Malaysian Grand Prix yesterday.

Hamilton started on pole and soon pulled away, in the end crossing the finish line more than 17 seconds ahead of team-mate Nico Rosberg. The German used Mercedes’s power to overtake Sebastian Vettel’s Red Bull on the opening straight, with the reigning champion having to settle for third place.

“I am so proud of this team – what a great job they have done collectively. I would have to say this is the best car I have ever driven,” said Hamilton, adding that he and the car can get even better.

“I am sure there are things we can improve. I have learnt so much from today to take into the next race.”

The podium-topping performance means Mercedes now lead the constructors’ championship, overtaking McLaren despite the British team, who also use Mercedes engines, getting both of their cars into the top 10.

Jenson Button, starting 10th on the grid after wrongly deciding to use intermediate tyres in the final rain-soaked qualifying session, worked his way up the order into sixth place, holding off the Williams pair of Felipe Massa and Valtteri Bottas.

And Red Bull’s Daniel Ricciardo was hit with a drive-through penalty for an unsafe pit release. He will also have a 10-place grid penalty for this weekend’s Grand Prix in Bahrain.