Tottenham v Manchester City: Quadruple talk masks the fact that only Champions League glory will do for City 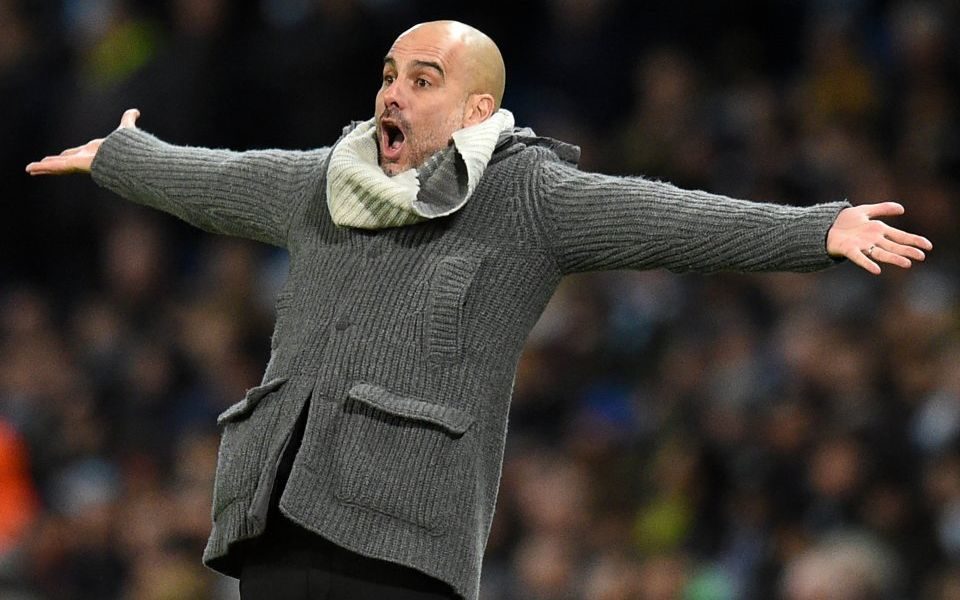 Is it possible to enjoy resounding success, to set new standards of achievement not just for your club but for the very competitions in which they play and yet still leave a nagging sense of hopes unfulfilled?

It’s a question Bayern Munich must have wrestled with in the last days of Pep Guardiola’s tenure as manager and one which will be brought back into sharp focus for Manchester City again this week.

While most of the chatter around City’s season has surrounded their hopes of becoming the first English team to win the quadruple of Champions League, top flight title, FA Cup and League Cup, the four honours are far from equally weighted.

All three domestic trophies have become commonplace at the Etihad Stadium and, in the case of the Premier League and League Cup, already reside in the blue half of Manchester.

Even in this season of seasons, what matters most – what would really move the needle in terms of City’s standing among the game’s great teams – is winning the Champions League.

Win a domestic treble and it will reinforce their status as the most powerful club in the world’s most famous league. But if they fail again in Europe it will cast a shadow over their season – albeit a season of which most clubs can only dream.

After all, delivering the Champions League is what Guardiola was brought in to do. This is why his salary is just a shade under £20m and why City’s overall wage bill has grown by more than a quarter since his arrival in 2016.

It is why the club’s Abu Dhabi owners recruited former Barcelona directors Ferran Soriano and Txiki Begiristain in 2012: to lay the groundwork for the man who twice made Barca kings of Europe.

City's path to Champions League glory has been eased by the absence of some big teams (Source: Getty)

City chairman Khaldoon Al Mubarak has acknowledged that the biggest challenge the owners faced after their 2008 takeover of a club long since divorced from its glory days was “getting a seat at the table” occupied by Europe’s big beasts.

“Breaking into that status quo was incredibly difficult,” he told ESPN last year. They needed a fast track to success, so Project Pep was conceived and put into motion.

This year City look to have a particularly strong chance. Real Madrid and Bayern Munich, who have won five of the last six Champions Leagues, have both suffered early eliminations, while Paris Saint-Germain’s European shortcomings have been exposed again.

Juventus, who would likely lie in wait in the semi-finals, Barcelona and domestic rivals Liverpool are the most obvious rivals for the biggest title of all.

Tottenham, who bar City’s way in the first leg of their quarter-final on Tuesday in north London, know all about missing a window of opportunity.

The 2015-16 Premier League season immortalised by Leicester’s 5000-1 triumph might have been Spurs’s first title since 1961, had the start of March not heralded an untimely slump. Mauricio Pochettino’s team finished third and have been sprinting to stand still ever since.

At 48, Guardiola already has little left to prove but Champions League glory at a second club is one of the few feathers missing from his cap.

He would become just the sixth manager to achieve the feat, after Ernst Happel, Ottmar Hitzfeld, Jose Mourinho, Jupp Heynckes and Carlo Ancelotti, and the only man on that list aside from Ancelotti to have accumulated three winners’ medals.

The Catalan signed a contract extension last year that ties his future to Manchester until the summer of 2021, so even if he does not lift the European Cup at Atletico Madrid’s Wanda Metropolitano stadium on 1 June he will, in theory, have another two shots at it with City.

Having had almost three years to build and indoctrinate a squad, however, it is fair to suggest they should be ready to mount a serious challenge by now.

If there is one blot on Guardiola’s otherwise unalloyed success at City, it is a propensity to slip up in the Champions League. Monaco and Kylian Mbappe blew them away at the last 16 stage in 2017, while Liverpool outplayed them in last year’s quarter-finals.

At Bayern, Guardiola won the Bundesliga in all three years of his tenure, two of which included a domestic league and cup double. Yet there remains debate over to what extent his reign should be considered a success because they fell at the Champions League semi-finals each time.

As City are acutely aware, domestic glory – even a treble – only goes so far; truly great teams are anointed by winning the greatest prizes.