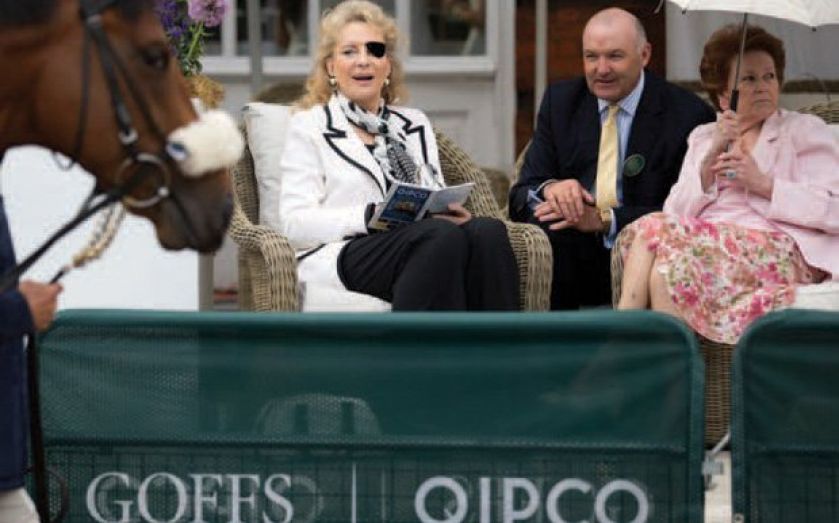 HRH PRINCESS Michael of Kent went racehorse shopping at the lavish Goff’s thoroughbred auction on Monday evening. Politicians, trainers and royals gathered from all over the world to bid against each other and bag a bay to run at Ascot. More than 50 horses were trotted out at Kensington Palace, 23 of which are due to run at Royal Ascot this week. With around 1,000 of the well-heeled from Dublin to Dubai, the bidding was always going to be brisk. The highest lot, five-time racing champion Majestic Queen, was knocked down for £825,000 to John Ferguson, representative for UAE prime minister Sheikh Mohammed bin Rashid Al Maktoum. Others rubbing shoulders with the Royals included the Queen’s party planner Lady Elizabeth Anson, pioneer of organic living, Lady Bamford and the Queen’s bloodstock adviser and Australian horse trainer Gai Waterhouse. Goffs pulled in £3.7m for fillies on the day. Jolly good show! ▀ London Tech Week was plunged into the dark ages yesterday, as guests were left queuing to print off their tickets before they could enter a conference set on convincing companies to take on more technology. Oh the irony! Tech startup founders Jan Reichbelt of Mendeley and Ben Kaube of NewsFlo were scheduled to hold a talk on “How new technologies can be integrated into established industries to benefit the user”. Sadly, conference organisers at Interop missed the memo. Guests who arrived expecting to scan their e-tickets on their phones were led to a queue for the printer outside the venue. Technology PR Alice Bonasio was particularly amused by the stuff-up. She said: “It did seem bizarre that for London Tech Week you couldn’t scan your phone like you would a boarding pass at the airport. “In fact, it’s a bit of a missed opportunity to showcase some new tech.” A spokesperson at media company UBM, which owns organiser Interop, sheepishly said online scanning was something it is looking further into, and assured The Capitalist there wouldn’t be a repeat performance. ▀ “Stooges and boot-lickers get ahead.” Strong words from Contrarian Awards founder Ali Miraj. Tonight, City figures will gather at Piccadilly’s Maison Assouline to celebrate champions of controversy at the Contrarian Prize Awards. Nominees include MP Simon Danczuk, who alleged a historic paedophile cover-up at Westminster, and Nevres Kemal, who highlighted failures in Harringey Council’s child protection six months before the Baby P case erupted. “Contrarians generally fall into two camps,” said founder Ali Miraj. “Troubled whistleblowers, who make a discovery and have to come to a decision on speaking out… and those who consistently stood up for what they believe in; who champion causes.” Ex-MP George Galloway, now among London’s mayoral candidates, is also in the running. ▀ Summer is a time for parties, but financiers found themselves double-booked last night as British Bankers’ Association (BBA) and TheCityUK both hosted their summer parties at the same time. While TheCityUK lured guests with speeches from Standard Life chair Sir Gerry Grimstone (right) and ex-Mayor Nick Anstee, BBA had cameos from up to 10 MPs. Where did you go last night?