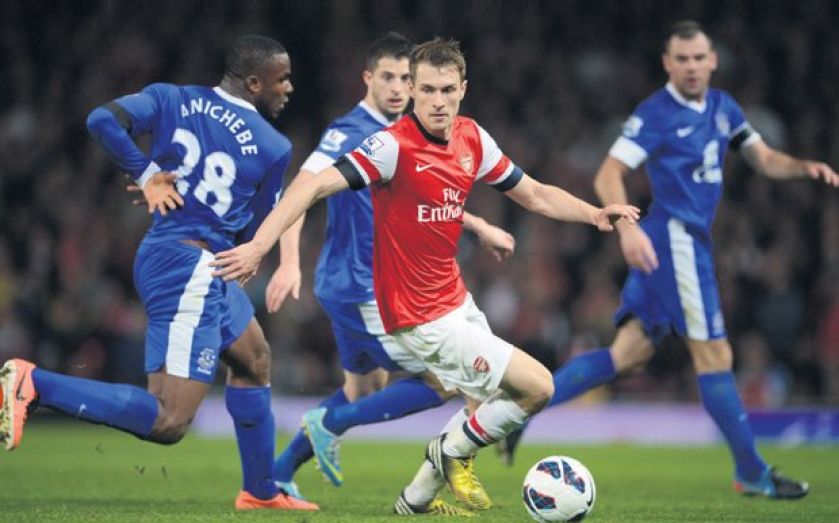 ONLY in their wildest dreams could Arsenal fans have anticipated their team’s stunning start to the season – and yet they look to have the stamina to keep going and challenge for the title.

With just over a third of the campaign gone the league is beginning to settle down. Come May, they might not be in the same order, but on current evidence it is hard to imagine a hugely different top three than the incumbent trio of Arsenal, Chelsea and Manchester City.

The Gunners maintained their four-point lead at the summit after another dominant performance in the 2-0 victory against Hull on Wednesday night.

That was their 11th Premier League maximum this term, and third on the spin. Apart from the aberration against Aston Villa on day one, Arsene Wenger’s men have won all their top flight home games.

But that doesn’t quite tell the whole story. The six Emirates wins have come against Tottenham, Stoke, Norwich, Liverpool, Southampton and Hull – mostly games they would expect to do well in.

As the Villa result shows – and defeats to Chelsea in the League Cup and Borussia Dortmund in the Champions League – not absolutely everything has gone to plan for Arsenal.

Their next north London assignment is Everton and if anyone can halt their progress it’s the Toffees.

Roberto Martinez’s team only have one league loss to their name and come into this clash fresh from a fine 1-0 win at Old Trafford.

However, they draw a lot. Their half dozen stalemates is as many as anyone else in the division. And four of those have been goalless.

In fact, this game pits the top defence against the joint-second best.

Arsenal’s backline has conceded only 10 times and kept five clean sheets in six. Everton, like Southampton, have let in just 13, and they also have five shut-outs in six.

On that basis I recommend the draw – the outcome in both meetings between these two in 2012-13 – at 14/5 with Coral. No goalscorer is crying out to be backed at 14/1 with the same firm and spread bettors should sell total goals at 2.8 with Sporting Index.

Elsewhere, City are finally showing the form that has justified bookmakers’ faith in keeping them title favourites after an inconsistent start.

The free-scoring 2011 champions have already clocked up 40 goals – 10 more than anyone else – and they are well worth backing at 4/5 for their contest with Southampton at St Mary’s.

The only concern is a distinctly average away record of two wins from seven, but they saw off West Brom at the Hawthorns in midweek and it will continue to improve.

Saints had a fortunate fixture list early on and have been beaten by Arsenal, Chelsea and, most recently, 3-2 against Villa at home on Wednesday to make it three losses on the spin. Despite their previous defensive stinginess, eight goals were shipped in those matches.

Finally, all eyes will be on tonight’s World Cup draw and Genting Bet have fired the opening shot in the battle of the bookies, pledging to refund outright bets if Brazil triumph on home soil – insurance well worth taking out for any patriotic punters that fancy England at 25/1.

■ Pointers…
Arsenal and Everton to draw at 14/5 with Coral
No goalscorer at 14/1 with Coral
Sell total goals at 2.8 with Sporting Index
Man City to beat Southampton at 4/5 (general)