Steel industry to write off up to $70bn in assets if it keeps betting on coal, report says 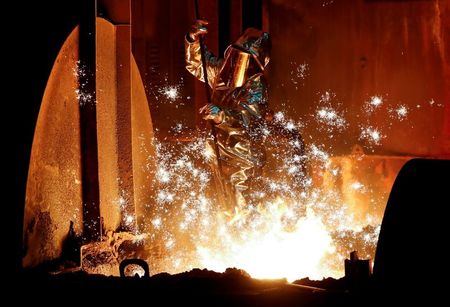 As the world gears up towards net zero, the global steel industry may have to write off up to $70bn in assets, a report has cautioned.

The report by think tank Global Energy Monitor (GEM) warned the lofty figure is due to the industry continuing to build new blast furnaces using coal that will become obsolete if net zero targets are met.

Around 50m tonnes of steelmaking capacity is under development using blast furnaces, which run on coal and may form part of the reports cautioned “stranded assets” – worth around $47bn to $70bn, the report said.

According to the International Energy Agency (IEA), the iron and steel sector globally must slash emissions, relative to 2019 levels, by more than half before 2050 to meet the Paris Agreement’s goals.

The steel industry accounts for around seven per cent of global greenhouse gas emissions, the think tank said.

Caitlin Swalec, lead author of the report, added that: “Based on projections from the IEA and other groups, (they could become stranded) quite likely by 2030-2040. It could be sooner if more aggressive carbon taxes/restrictions are applied.”

Steelmakers have made commitments to transition to net-zero and low carbon emissions that cover more than three-quarters of current global steel capacity, according to the report.

Companies within the industry are eyeing electric arc furnaces while also developing hydrogen and carbon capture technologies to cut emissions.

Also Read:
Are we now on the road to net-zero?
Share