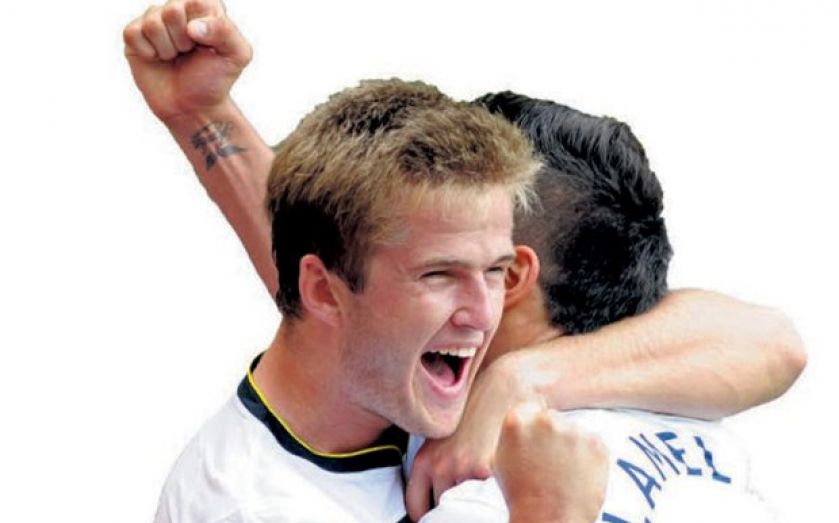 In the end it was less Fab Four and more a case of Faith No More, after a campaign that failed to live up to the pre-season hype for the north Londoners, yet that hasn’t stopped Liverpool following a very similar blueprint in this window.

Out went Luis Suarez – one of the Premier League’s few remaining world class attractions after Gareth Bale’s departure 12 months before – and in came an expensively assembled cast of new blood.

Of Brendan Rodgers’ signings, six have reportedly been brought in for eight-figure fees and it will be interesting to see how the new boys – not least mad cap Mario Balotelli – assimilate into a side that so clearly boasted a strong team spirit last season.

If Tottenham are anything to go by it could take until this time next year for them to truly settle.

Only now are we seeing the best of Erik Lamela and co. There is no doubt that they are starting to show their class and that could tip the scales in this contest.

After an opening day 1-0 win at West Ham and a 4-0 drubbing of QPR, Mauricio Pochettino has immediately taken Spurs to the top of the table, and I think they can make it three wins in a row on Sunday.

Pochettino’s men are marginal favourites, at a general 13/8 to the visitors’ 7/4, and Liverpool’s mixed fortunes in their opening two games gives me the confidence to back the hosts in the White Hart Lane clash.

The Reds managed to plunder all three points while performing unconvincingly against Southampton in their first match, but there was no masking the fact that they just couldn’t cope with Manchester City in their following fixture.

Admittedly, a Spurs win would go against the flow of the most recent meetings. Liverpool knocked in nine unanswered goals against them last term – five away and four at Anfield – however they did lose their previous six trips to N17 in all competitions.

Another determining factor could be that Pochettino has a virtually full squad to choose from, while his Northern Irish opposite number will be concerned that the physio room is already bursting at the seams.

His most expensive acquisition, Adam Lallana, has yet to make his debut and fellow first-teamers Martin Skrtel, Glen Johnson, Daniel Agger and Jon Flanagan are among those currently sidelined.

This fixture has produced goals in recent times – on top of the landslide in 2013/14 there were another eight in 2012/13 – and it could be worth buying total goals at 3.15 with Sporting Index.

An even braver spread bet would be to sell the time of the first goal at 33 minutes. In the last four contests between these sides that has occurred after two, 18, 21 and seven minutes.