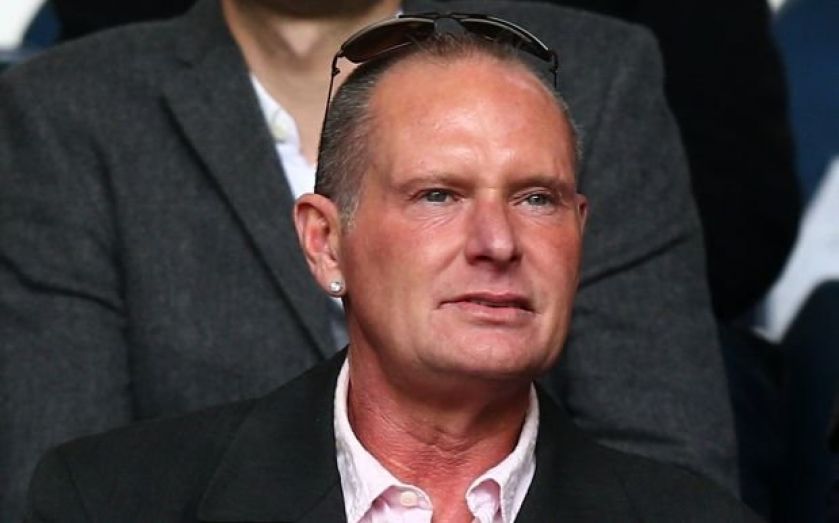 Walking towards City A.M.’s office the other day I saw a poster plastered across one of those new hydrogen-powered buses: “Help London Rebuild Gaza!” it pleaded.

I did a double-take. It was advertising an event at the Troxy theatre in aid of the crisis-hit region but – for a moment – I thought it was another horrific episode in the life of Paul Gascoigne. He needs rebuilding. If there truly was an operation to make a special talent bionic, indestructible, he’d have been a decent shout.

Instead, at 47, he is a washed-up husk of the young man who morphed from Paul Gascoigne into “Gazza” 24 summers ago. An addictive personality consumed his talent before it properly flowered but, before he wrecked his knee in the 1991 FA Cup final, we had already seen a special, wonderful ability.

From then on he spiralled out of control, eventually into a vortex of drink and drugs. Earlier this month Harry Redknapp’s latest book asked a pertinent question: where are Gazza’s friends now? The advisers; the agents; the celebrity pals?

“How did it end up like this?” asked Harry. “The people I would want to hear from, right at the start, are his agents, his accountants, his lawyers, all the people that made fortunes from the industry that was Paul Gascoigne. What do these people actually do to help when the money stops coming in?”

Redknapp’s right but, human nature being what it is, those fearing for Gascoigne’s well-being will now be more than matched by those who say England’s star of Italia 90 has run out of goodwill credit.

Last year a group of the old friends Redknapp is keen to identify – including DJ Chris Evans, ex-team-mate Gary Lineker and broadcaster Piers Morgan – chipped in to pay for his treatment at the Meadows Rehab Centre in Arizona.

They covered the £13,600 first class British Airways flights for Paul and his carer. They also covered the £6,000-a-week costs for his treatment at the Meadows facility.

Apparently, it did not work. Nothing does – at least not permanently. Last week it was revealed that Gazza’s former employer Spurs (I guess they are his friends, Harry) had stepped in to support his latest treatment after he was put on an emergency detox programme.

But – and I guess this is the roaring silence Redknapp is referring too – there is precious little heard from the men who guided Gazza when he was a one-man industry 20-odd years ago.

Perhaps there was something inevitable about Gazza’s ultimate decline. Mel Stein, Gazza’s former adviser, lawyer and agent, and one of those who did so well out of Gazza when he was in his pomp, said at the time “this is not going to end happily”.

On that, I think, Stein and Redknapp share common ground. Only Gazza himself can now change the script. As one of those old celebrity mates, Chris Evans, said last year when he stumped up the cash for the Arizona treatment: “A serious addict can only be helped if they really want to be.”