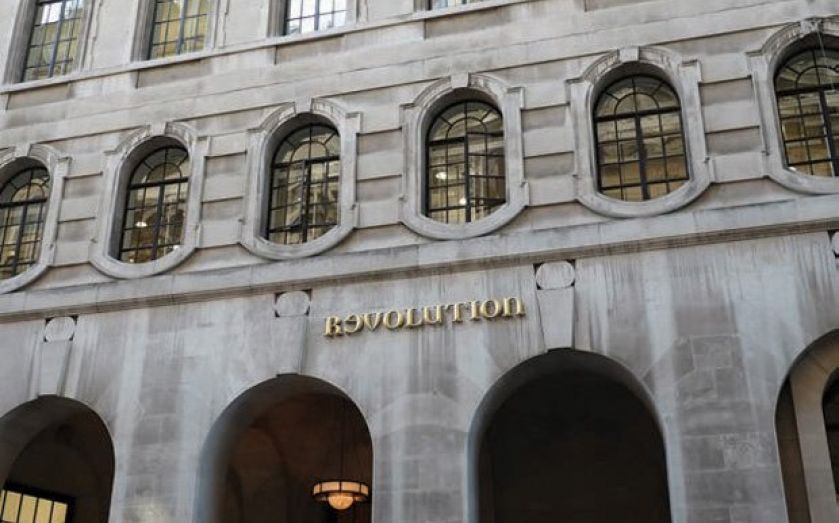 Revolution Bars Group is planning to shut two loss-making venues and has secured rent reductions at three more, as the operator aims to adapt to changing consumer habits.

The company has come to an agreement with its landlord Aprirose to exit leases at five Revolution bars. Venues in Lincoln and Fallowfield – a student area in Manchester – will be closed.

Revolution has already stopped trading from the other three leases – in Lancaster, Wood Street in Liverpool and Wolverhampton.

In a trading update this morning Revolution said it has secured rent reductions with a 25 year lease at venues in Leicester, Huddersfield, Newcastle under Lyme and Oxford Road in Manchester.

“We have had some of these [venues] for a very long time, and with developments in various towns the going out areas move around,” Revolution chief executive Rob Pitcher told City A.M.

The closures and rent reductions will improve the firm’s full-year operational cash flows by around £1.2m per year. The transaction with Aprirose is expected to complete in March, and will cost the group less that three times the annual trading losses of the five lease surrenders.

Revolution expects to be in a position to make further acquisitions in around 12 months time, Pitcher added.

The bar chain reported this morning that it hit record sales over the festive period, as like for like sales in the four weeks up to and including New Year’s Eve were four per cent higher than last year.

Three underperforming Revolution bars were closed during the period, in Swansea, Liverpool’s Wood Street and Macclesfield.

Pitcher said: “I am delighted with our Christmas trading and the steady improvement in our like-for-like* sales performance over the first half is further evidence that our key initiatives are driving both operational and financial improvement.

“Considerable strides have been made in rebuilding customer loyalty and driving sales and profit from the existing estate, creating a stronger business with significant cash generation.

“Whilst external cost pressures persist, we will continue to manage cautiously, using excess cash to reduce indebtedness below one times EBTIDA before we will consider further expansion opportunities“