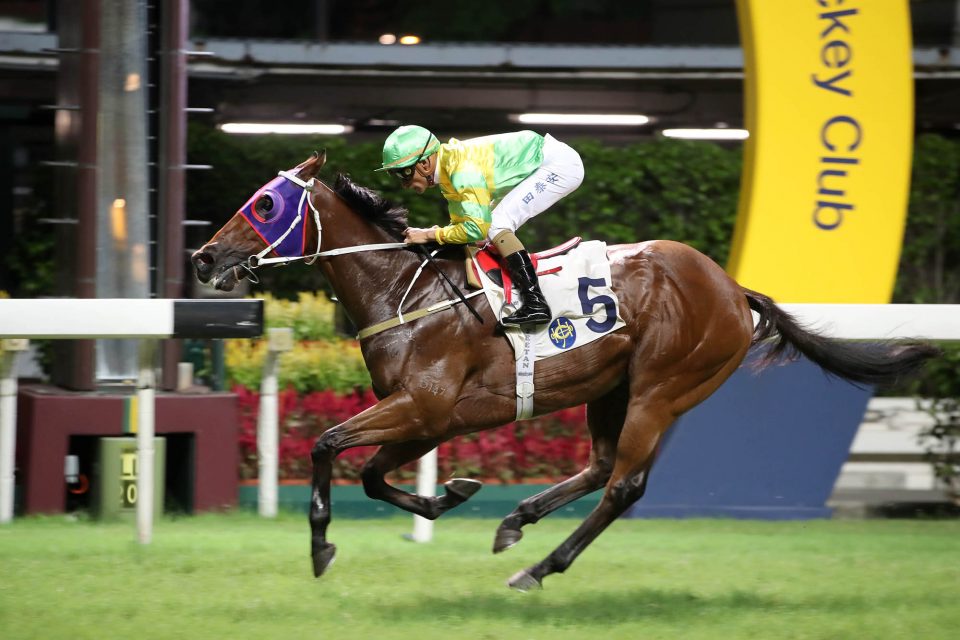 RACING fans in Hong Kong are quick to associate themselves with any horse that catches their eye as a real trier and rarely lets them down, especially at Happy Valley.

Such a horse is the Tony Cruz-trained CALIFORNIA RAD, who makes his seasonal appearance in the Class 3 Causeway Bay Handicap (3.15pm) over six furlongs.

The son of top-class sire Fastnet Rock became a punters favourite from January onwards, winning three times and being placed on five other occasions.

His official rating spiralled 31 pounds in the second half of the season, and on all known evidence he still looks to have more improvement in him.

Most of his sire’s progeny improve with age and having turned four, he should now be heading towards his peak.

When he reappeared for his recent trial at Sha Tin as a prep for this contest, he looked bigger and stronger after his six-week break and was running away from the opposition in the closing stages.

Jockey Karis Teetan, who got off the mark for the season on Mongolian King on Sunday, is of the opinion that California Rad is capable of racing in Class 1 company by the end of the season.

With his draw and normal quick start allowing him to sit behind fast-starting Flying Bonus and Little Bird in the early stages, he should be in prime position to launch his impressive finishing kick shortly after turning into the home straight.

He has most to fear from the likes of the aforementioned Little Bird, Hardly Swears, who goes well fresh, and back near his last winning mark, Triple Triple.