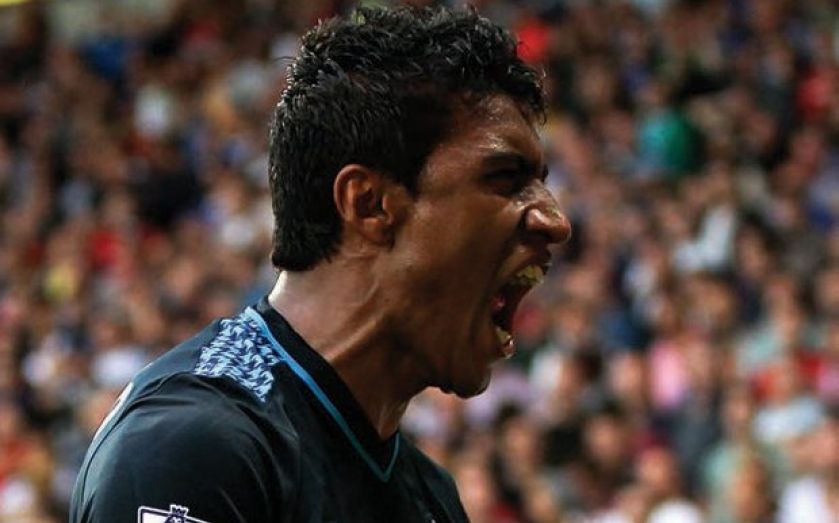 Spurs, missing striker Jermain Defoe due to a groin problem, carved out 29 chances as they dominated for much of the 90 minutes, but were continually thwarted by Cardiff goalkeeper David Marshall.

However, Paulinho finally broke the deadlock with his first Premier League goal since his £17m summer move from Corinthians and Villas-Boas was delighted his team, who also kept their seventh clean sheet of the season, got the maximum reward.

“There could only be one winner,” he said, following a seventh win from eight matches. “You worry it can be one of those games. We played so open and sometimes on the counter they had a chance. But, more than maybe any other game, we deserved the win.

“We played so much football it would have been unfair to leave here with only one point. We got our reward in the end, but with the chances we created, if it wasn’t for Marshall, it could have been a more comfortable game.”

It was Cardiff who had the first chance when left-back Kyle Naughton’s severly under-hit back pass to goalkeeper Hugo Lloris gifted former Spurs loanee Fraizer Campbell a clear run at goal.

Lloris raced from his line and scooped the ball away at the feet of Campbell with his right hand, though did so just outside of the penalty area and was fortunate not to be penalised by referee Mark Clattenburg.

Villas-Boas’s side then asserted their authority on the opening period with striker Roberto Soldado, plus midfielders Christian Eriksen and Gylfi Sigurdsson forcing saves from Marshall.

After the break Sigurdsson hit the post with a lofted shot from 25 yards and then crossed for Paulinho, who was denied by Marshall from six yards.

Cardiff’s best chance fell to Aron Gunnarsson late on, but the Iceland midfielder fired over from eight yards.

However, Spurs nabbed a deserved winner deep into second-half stoppage time when Lewis Holtby slipped a pass through to Erik Lamela, whose low first-time cross was flicked in by Paulinho from six yards to send Spurs up to second in the table.