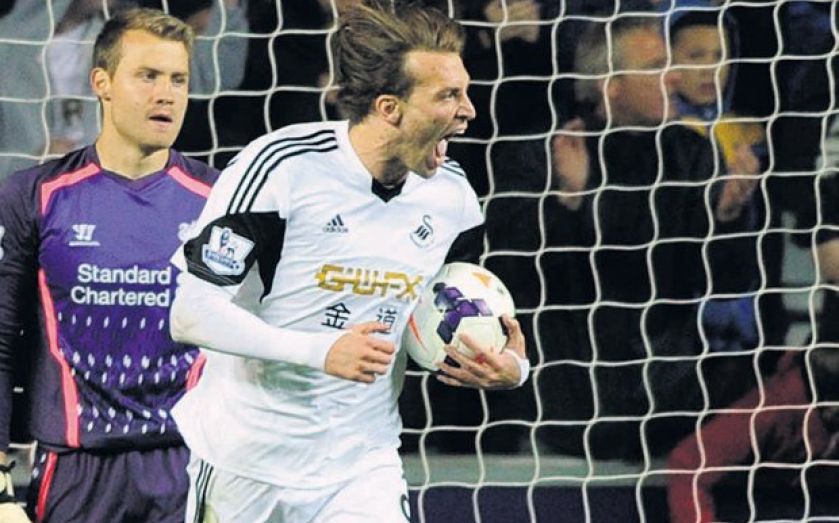 LIVERPOOL returned to the top of the Premier League last night, but a second-half equaliser from Michu ended their perfect start to the season.

Coming into the game on the back of three victories, the Reds fell behind in the second minute when former midfielder Jonjo Shelvey, who inadvertently played a part in all four goals at the Liberty Stadium, fired a follow-up shot past Simon Mignolet after his initial effort was blocked by defender Martin Skrtel.

Two minutes later though, and Shelvey turned from Swansea’s hero to villain when his pass back to goalkeeper Michel Vorm lacked pace and allowed Daniel Sturridge to nip in and level with his sixth goal of the season.

And, before half-time, a cross-field pass from Shelvey was easily intercepted by Victor Moses, on loan from Chelsea, who raced forwards and turned inside defender Chico Flores before netting a debut goal from 25 yards.

After the break, Shelvey, who apologised to the Swansea fans after the game, redeemed himself with a perfect cushion header to set up Michu to stroke in the equaliser.