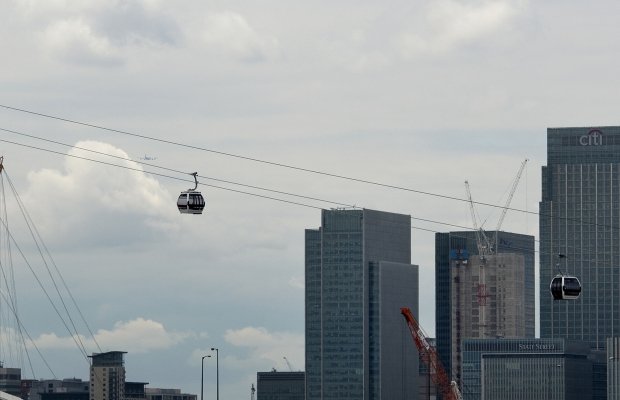 One of London's great white elephant projects – the Emirates Airline cable cars – were used by just four regular commuters in the week from Saturday 13 October.

With a capacity of 2,500 people an hour, the link between the O2 in Greenwich and the ExCel centre at the Royal Docks operates well below that limit.

The data comes from a Freedom of Information request which shows that only four Oyster cardholders took more than five trips in that week, as first reported by The Scoop. Taking more than five journeys triggers a regular commuter discount.

In 2012 London mayor Boris Johnson said that the service would "open up access to jobs in the Royal Docks enterprise zone and attract businesses and investors".

Despite the cars being sponsored in a deal that's worth £36m over ten years – the cable car link is now estimated to have cost £60m.

Journeys are also well down on the same week last year, from a total of 42,463 to 23,029. The Scoop say that the 2013 week was likely inflated by a teachers strikes, during which 468 students and teachers were carried free.

Transport for London say that since its opening in June 2012 "the Emirates Air Line has carried nearly three million people".