With the Night Tube delayed for the time being, now is the best time to consider buying in an area that’s set to benefit from it. Research shows that when new transport links come in, house prices only rise once the trains start running so it’s worth taking a punt before the asking prices shoot up.
Ash Griffiths, from Strutt & Parker’s London residential development and investment team, has picked his top seven property prospects along the Jubilee Line to steer you in the right direction.
Equally, the Night Tube is set to give a boost to the lettings market as night shift workers and young professionals out on the town are likely to be the main beneficiaries of it. So it’s also a good time to be thinking about investing in a buy-to-let in an affordable part of town.
Dan Parker, head of Savills’ north and east London lettings, has chosen his top five cheapest areas along the Jubilee Line that have a lot of room for growth.
He says, “There is a good pocket of affordability at the very northern end of the line, or if you’re looking to capitalise on the on-going regeneration of East London, West Ham and Stratford could make shrewd investments.”
1. Stratford

Stratford’s changed a lot over the last few years. Once the Olympic Games left, the work really begun on building London’s newest park, introducing wildlife and a raft of new housing. It’s lucky enough to sit on two Night Tube Lines, the Jubilee and the Central Line, so you won’t be stranded if there’s a signal failure on one of them.

Canary Wharf has all the newest and most impressive transport links – the Jubilee Line, the DLR and Crossrail in 2018 – so it makes perfect sense that it’ll benefit from the Night Tube, too. It’s not traditionally thought of as a residential area, but the first homes were snapped up in hours when they went on sale in July. 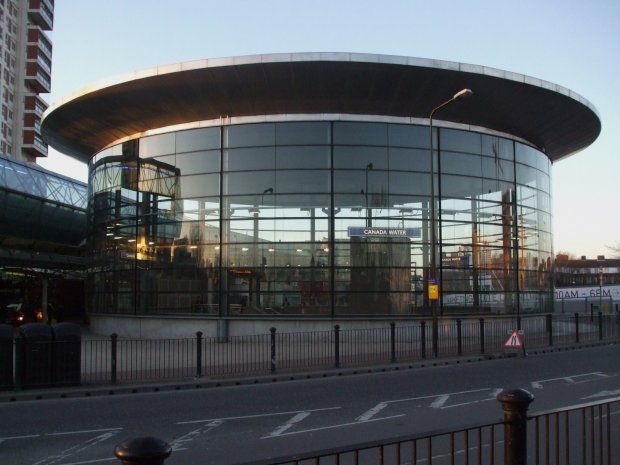 The Jubilee Line has really done wonders for Canada Water’s profile. It’s now a popular spot for professionals commuting to Canary Wharf to work. It’s also connected to the London Overground for Tech City types commuting to Shoreditch and there’s plenty of retail therapy after work at the Surrey Quays shopping centre.

Also not normally thought of as a residential area, its profile has been significantly boosted in recent years by the arrival of The Shard and the extraordinary comeback of Borough Market. London Bridge is another intersection that is set to enjoy a double helping of Night Tube, as it also sits on the Northern Line.

If you’re an arts and culture vulture, then you’d be living the dream in Waterloo. Not only is it home to the Southbank Centre, the Royal Festival Hall, Tate Modern and the National Theatre, the Old and Young Vics are nearby and it’s home to the British Film Institute and its enormous IMAX multiplex.

Bond Street has long been revered throughout the world for its elegant retail offering. If you’re chic enough to live here, it’s likely you don’t spend much time on the Tube, but if you do then this is another stop that’s on two Night Tube Lines, the Jubilee and the Central, and it’s also being set up for Crossrail to arrive in a few years time.

This residential part of north London may look like the odd one out of this list but it’s an affordable yet up-and-coming part of town. It keeps illustrious company, with Maida Vale and West Hampstead as neighbours, there are some great Listed pubs and the Tricycle Theatre and art gallery is also a local treasure.

And here's our pick of places to hang out until the early hours – just because you can.

One of the biggest winners from the 24 hour Tube service is sure to be the O2. Its plans to host a super-club (Fabric and Proud have both had a crack) have been largely unsuccessful because punters have had trouble getting home. Expect this to change pretty sharpish. Right away nights like IndigO2 will benefit as its events can finish fairly late, without risking getting you stranded.
Closing times vary, The O2 Arena, theo2.co.uk
MAHIKI, Green Park

Party until 3am at everybody’s favourite Polynesian-themed bar/restaurant. Drink cocktails out of a treasure chest! Spin a wheel to win free booze! Meet the cast of Made in Chelsea! You can also eat at the perfectly decent if rather expensive Rock Lobsta at Mahiki, its in-house restaurant which is open late. Nothing like expensive crustacean to soak up all that sugary alcohol.
Until 3am, Mahiki, 1 Dover St, W1S 4LD, mahiki.com
Bermondsey Arts Club, Bermondsey

Since the spoil sports at Network Rail closed the underground tunnel-based nightclub Cable, the Bermondsey Arts Club is your best bet for late-night frivolity. Party like it’s 1920 at this art deco cocktail bar and live music venue. It’s a small but perfectly formed venue, so we recommend booking in advance to avoid disappointment.
Until 2am, 102a Tower Bridge Road, SE1 4PT, bermondseyartsclub.co.uk
PRIMO BAR, Westminster

This cocktail bar at the Park Plaza Westminster is open all night long, so you can enjoy these finely crafted beverages until your heart’s content. It has free live music every night of the week and some decent DJs spinning records. The venue is big, but booking a table is advisable. You should also dress up: scruffy attire
won’t cut it here.
Closes: Never! 200 Westminster Bridge Rd, SE1 7UT, primobar.co.uk
LUGGAGE ROOM, Bond Street

An intimate drinking den located inside the old luggage room of the Grosvenor Square Marriott, The Luggage Room’s luxurious dark wood and leather-studded decor is reminiscent of having fallen into a giant, antique travelling case. But unlike any travelling cases we’ve ever fallen into, this stylish speakeasy quietly boasts a 1920s inspired menu of classy cocktails and charcuterie boards.
Until 2am, Grosvenor Square, W1K 6JP, luggageroom.co.uk
Cubana, Southwark

This Cuban-themed bar and restaurant is open until 3am at weekends, so you can scratch your late-night itch for beer with lime in the bottle and drinks with salt around the rim. Foodwise expect croquettes, skewers and Spanish omelettes,  although you’ll be too busy dancing by the end of the night. It also has its own in-house roastery, if you need a pick-me-up.
Until 3am weekends, 48 Lower Marsh, SE1 7RG cubana.co.uk
LOVE & LIQUOR, Kilburn

If doing the sexy dance during the spooky night hours is your thing, then waddle on down to Love & Liquor, where there is love and liquor in plentiful measure. It’s big and kind of gothic looking, with chandeliers and Winchester sofas. The music is of the house variety, which is perfect for shaking your hips to until you collapse onto a 24-hour underground carriage.
Until 3.30am weekends, NW6 5UA, loveandliquor.co.uk