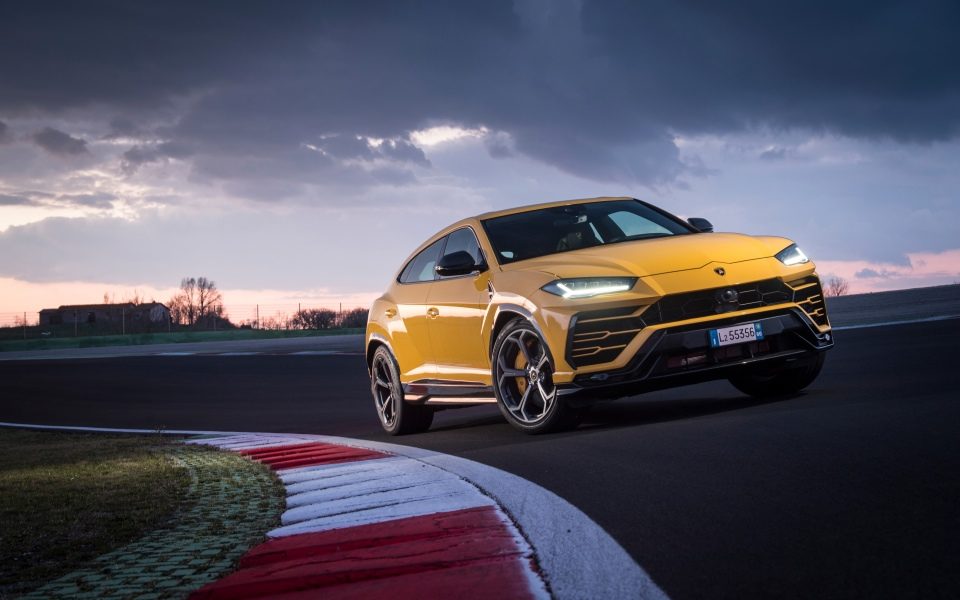 Remember the furore when Porsche launched its go-faster SUV, the Cayenne, in 2003? Po-faced purists were appalled, yet car buyers were enthralled, and BMW, Land Rover et al soon followed suit.

Today, the Cayenne’s popularity means Porsche has effectively become an SUV company that also builds sports cars. Rewind to 1986, however, and it was actually Lamborghini that first put the ‘sport’ into ‘sport utility vehicle’ – albeit with markedly more modest sales success.

Nicknamed the ‘Rambo Lambo’, the LM002 began life as a military vehicle, then was adapted for civilian life. Luxuries included air-con, electric windows and a leather-lined interior. It seemed willfully ugly (picture a turbo-charged Humvee) and weighed almost three tonnes. Nonetheless, a 450hp 5.2-litre V12, transplanted from the Countach, meant 0-62mph in 7.7 seconds and 118mph flat-out. That’s if you could stomach the single-figure fuel consumption. Just 380 examples were made in seven years.

Now Lamborghini has another ‘super SUV’, but its fate will likely be somewhat different. The new Urus – named after a prehistoric ox – is expected to double annual sales, with 3,500 set for production in 2019. This, then, is no weapons-grade LM002 replacement. Rather, it’s Lamborghini’s Cayenne: a practical five-seat coupe that also happens to be the fastest SUV ever made.

How fast? Well, thanks to a 650hp 4.0-litre V8, the 2,197kg Urus blasts to 62mph in 3.6 seconds. That’s a lot quicker than any Countach. The twin-turbo engine drives all four wheels via an eight-speed gearbox, which has long, racer-style shift paddles, while the brakes are mighty carbon-ceramics with 10-piston front calipers. Opt for full ‘rap video’ spec and the alloys measure a steamroller 23 inches.

Indeed, everything about the Urus is super-sized; its footprint is larger than a Range Rover. Fortunately, sharp-edged styling and a long, tapering roofline disguise its bulk. The hungry front air intakes look fabulously aggressive and the swollen wheel arches are a riot of intersecting angles. In the dazzling Giallo Auge yellow, it turns as many heads as an Aventador.

The interior looks quite muted by comparison. There’s the trad-Lambo ‘bomb switch’ start button and Manga-style graphics for the TFT dials, but the two large touchscreens – for media and climate control – come from Audi. Slick and straightforward to use, they’re nonetheless prone to grubby fingerprints. The back bench will comfortably fit three adults, or you can opt for two individual rear chairs. Be warned, though: the latter do not fold down, which reduces maximum luggage space from 1,596 litres to 616 litres in its four-seat guise.

With all that oomph, plus permanent four-wheel drive, active roll stabilisation and rear-wheel steering, the Urus serves up startling cross-country pace.

The V8 ignites with a bassy throb antithetical to the maniacal yelp of most Lamborghinis. And while the firm’s V10 and V12 motors thrive on high-rev hysteria, the Urus counters with titanic torque: 627lb ft from just 2,250rpm. That makes it easier and more relaxing to drive, as per its SUV remit. Your passengers will doubtless appreciate such newfound civility, too. Me? I can’t help mourning the life-affirming sound and fury of Sant’Agata’s supercars.

With all that oomph, plus permanent four-wheel drive, active roll stabilisation and rear-wheel steering, the Urus serves up startling cross-country pace. Switch into Sport or Corsa (Race) modes and the suspension stiffens, sharpening the car’s responses without ruining the ride. The steering is well-weighted and the chassis feels planted and benign. You can even go off-road provided you change the tyres. Good news for Russian and Middle Eastern markets, where it will chalk up many sales.

Confession time: I was one of those Porsche diehards who complained about the Cayenne, and part of me feels the Urus isn’t a ‘proper’ Lamborghini either. However, it’s an accomplished all-rounder with more performance and presence than any other SUV on sale. And that, I suspect, is precisely what its buyers are after.