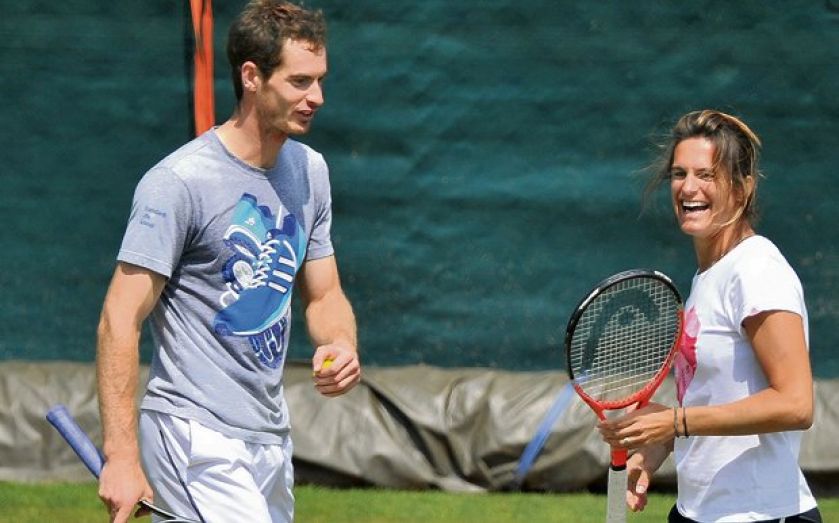 British No1 Andy Murray believes Wimbledon quarter-final opponent Grigor Dimitrov is destined to soon trouble the world’s elite, but hopes a raucous home crowd can scare him into submission today.

Dimitrov last saw off No21 seed Alexandr Dolgopolov in five sets during his best ever run at Wimbledon and has been widely tipped to be the man to break the big four’s dominance, with Roger Federer, Rafael Nadal, Novak Djokovic and Murray having shared 37 of the last 40 grand slam titles between them.

Murray is wary of the threat his 23-year-old Bulgarian opponent poses, but hopes the No11 seed is overwhelmed by the big occasion on Centre Court.

The reigning Wimbledon champion said: “The crowd can definitely raise your intensity and give you a big lift and that can make it hard for my opponents.

“He’s on his way to the top 10 after his results over the last week, and he does a lot of things well.

“He has good variety in his game, moves well, reads the game well, and he has the ability to get a lot of balls in court. His decision-making has also got better as his game has matured.

“For me, I just need to try and concentrate on the tennis and my game and not worry about what people expect of me. I can’t wait to get back on court.”

Victory for Murray will set up a semi-final against No1 seed Novak Djokovic, should the Serb beat Croatia’s Marin Cilic on Court One today.

In the opposite half of the draw, Stanislas Wawrinka and Roger Federer go head-to-head in an all-Swiss clash, while wildcard Nick Kyrgios, fresh from his sensational victory over world No1 Rafael Nadal yesterday, takes on No8 seed Milos Raonic.