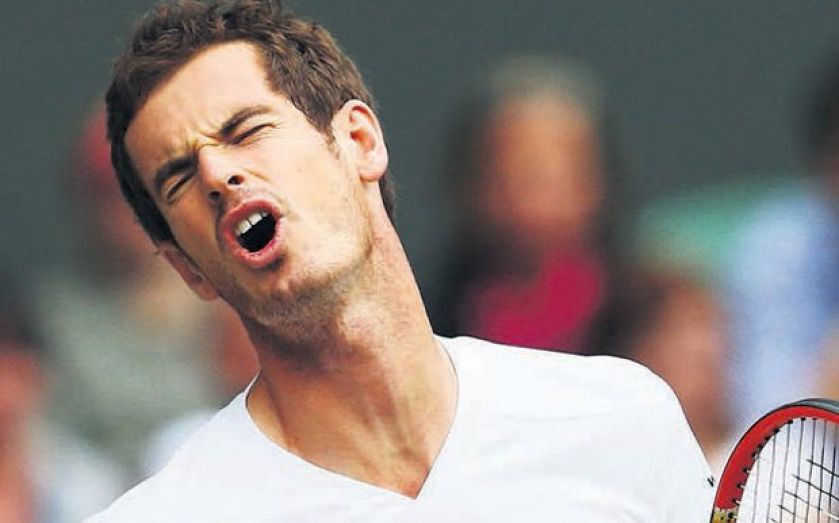 BRITISH No1 Andy Murray fears he is at risk of being left behind by tennis’s rising stars after his Wimbledon defence ended with a comprehensive quarter-final defeat to No11 seed Grigor Dimitrov.

The 27-year-old has not won a tournament since his historic victory at SW19 last year and admits his game has stood still while players such as Dimitrov, Milos Raonic and Ernests Gulbis have vastly improved.

Murray cut a disconsolate figure at times during a 6-1, 7-6, 6-2 defeat to his 23-year-old Bulgarian opponent, which ended a run of 17 straight wins at Wimbledon that pre-dated his London 2012 Olympic triumph.

The Scot now hopes to extend his relationship with recently appointed coach Amelie Mauresmo and knuckle down on the practice courts.

“I’ve lost a couple of matches in the last few slams where I’ve lost in straight sets and played poorly,” said Murray, who is set to drop from fifth to 10th in the world rankings.

“So I need to have a think about what are the things I need to improve, and get myself in better shape and work even harder. Because everyone’s starting to get better. The younger guys are now becoming more mature and improving all the time.

“I don’t feel like I’ve improved so much since Wimbledon last year, I think I’ve played some very good tennis but also some ordinary stuff.

“If I’m going to play better, the only way is by working even harder – getting in the gym, getting stronger, becoming physically better, getting myself on the practice court and working harder than in the last 12 months.”

Murray’s decent start on Centre Court – with the Duke and Duchess of Cambridge in attendance – soon went awry as an aggressive Dimitrov took the opening set in just 25 minutes.

The second set was thrilling, as Murray finally thrived off the reassurance he was seeking from the crowd and moved away from the sanctuary of the baseline, breaking back immediately after dropping serve to trail 4-3. But 15 unforced errors soon caught up with him and Dimitrov clinched an energy-sapping tie-break 7-4.

The writing was on the wall when a double fault handed Dimitrov the vital break in the third.