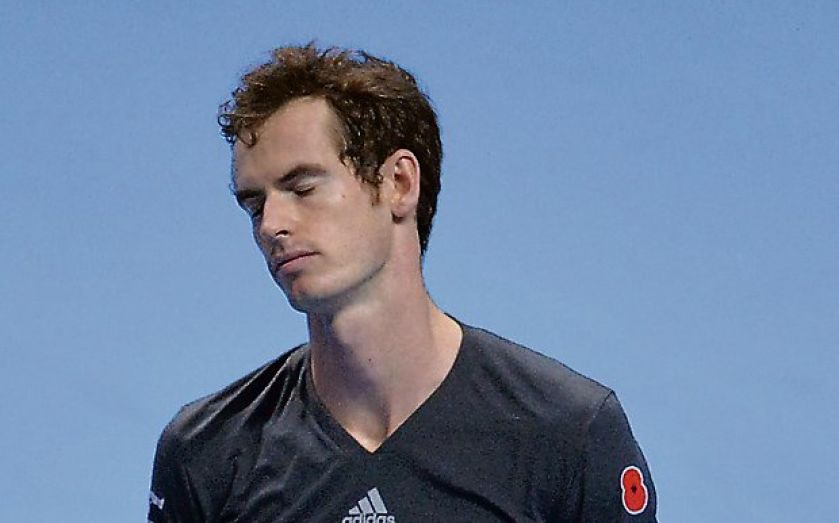 BRITAIN’S Andy Murray admits he faces an uphill battle to reach the semi-finals after starting his ATP World Tour Finals campaign with an underwhelming straight-sets defeat to Japan’s Kei Nishikori in London yesterday.

After playing 23 matches and winning three titles during a six-week period to secure his place at the O2 Arena, the 28-year-old – who had previously never lost a set to US Open finalist Nishikori – succumbed 6-4, 6-4 to the competition debutant.

Murray, who missed last year’s tournament after undergoing back surgery, was making his first competitive appearance on home soil since claiming the Wimbledon title in 2013 but was unable to hit similar heights, making 28 errors and winning lust 27 per cent of points on his second serve.

He is now likely to have to beat world No2 Roger Federer and Canada’s Milos Raonic to have a chance of making the last four, although the Scot is taking solace in having the opportunity to redeem himself.

“It’s harder to qualify when you lose your first match, that’s pretty obvious,” said Murray. “But unlike the other events, you still have a chance to go through. If this were anywhere else I would be out of the tournament.

“I didn’t serve well enough, that was the biggest difference. When you’re not serving well, it’s difficult to dictate points. He [Nishikori] dictated a lot of points behind my second serve. That’s where he had the upper hand.

“I need to win my two matches and win them well if I want to go through. I’m going to have to play better if I want to get through.”

Murray has suffered heartbreak at the London spectacle previously with three semi-final defeats in his last five visits to the season-ending spectacle, while his quest to overcome this year’s disappointing opening starts tomorrow against the big-serving Raonic who was beaten by Federer.

Six-time champion Federer joined Nishikori at the summit of Group B after claiming a 6-1, 7-6 (7-0) victory and exacting revenge for his Paris Masters exit at the hands of Raonic earlier this month.

Federer, who has 17 grand slam titles to his name, dismantled his rival in the opening set before coming temporarily unstuck in the second. The Swiss twice let 40-0 leads slip through his grasp and was forced to save break points at 2-2 and 3-3 before fending off set point in the 12th game.

But Federer regained his poise to swiftly navigate the tie-break and will now face Nisikori tomorrow.