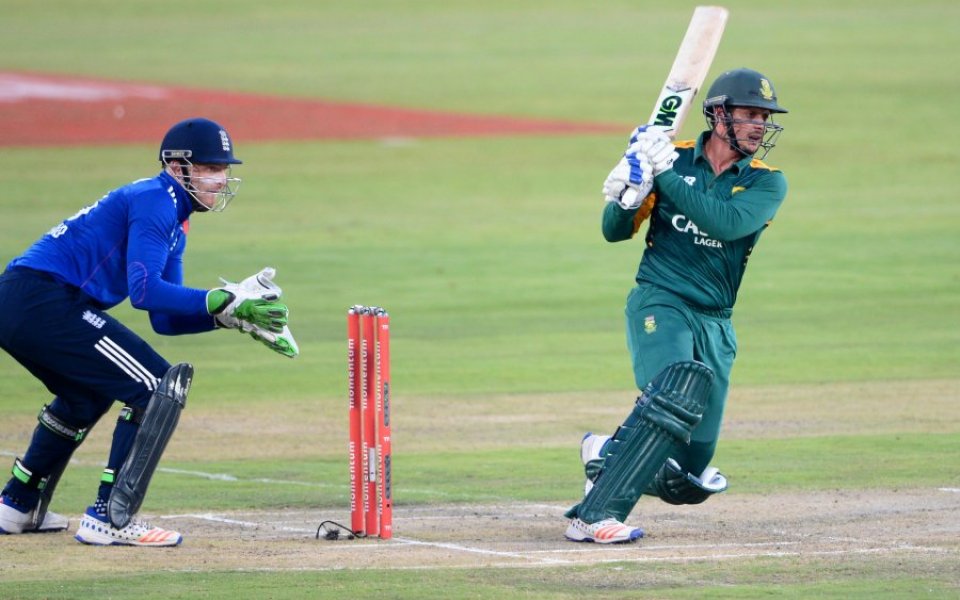 England skipper Eoin Morgan has demanded improvement from his bowling unit after the tourists suffered a seven-wicket demolition in the third one-day international against South Africa.

Openers Quinton de Kock and Hashim Amla shared 239 for the first wicket and both notched centuries as South Africa reached their victory target of 319 – the highest ever ODI run-chase at Centurion – with 22 balls to spare.

Victory maintained the Proteas’ interest in the five-match tussle that England lead 2-1, although Morgan’s charges could have sealed the series had they defended a score of 318-8, which included Joe Root’s seventh ODI hundred.

“It’s as simple as working on the basics,” said Morgan. “They [South Africa] had an incredible opening partnership but I thought we let them away. We didn’t string together enough balls in the right areas or create enough pressure in that regard.

“It didn’t swing or do a great deal early on so we have resort to hitting a length and don’t think we hit a length enough times.

Root struck five sixes in his knock of 125 – his highest ODI score – and shared in stands of 125 with opener Alex Hales and 82 with all-rounder Ben Stokes, who amassed scores of 65 and 53 respectively.

But it was the seemingly unrelenting union between De Kock and Amla which laid an unshakable foundation for the hosts. Their stand of 239 was the fifth highest in South Africa’s ODI history and only 17 runs shy of the all-time best.

At the age of 23 years and 54 days, De Kock became the youngest player in world cricket to make 10 ODI centuries before holing out to Root off the bowling of Yorkshire leg-spinner Adil Rashid for 135.

All-rounder Chris Jordan eventually snared Amla for 127, although it proved too little, too late for England. A 22nd ODI ton moved Amla to joint-seventh on the all-time list of century-makers alongside Chris Gayle, Tillakaratne Dilshan and Sourav Ganguly.

England have another opportunity to wrap up the series on Friday when the teams meet in Johannesburg.