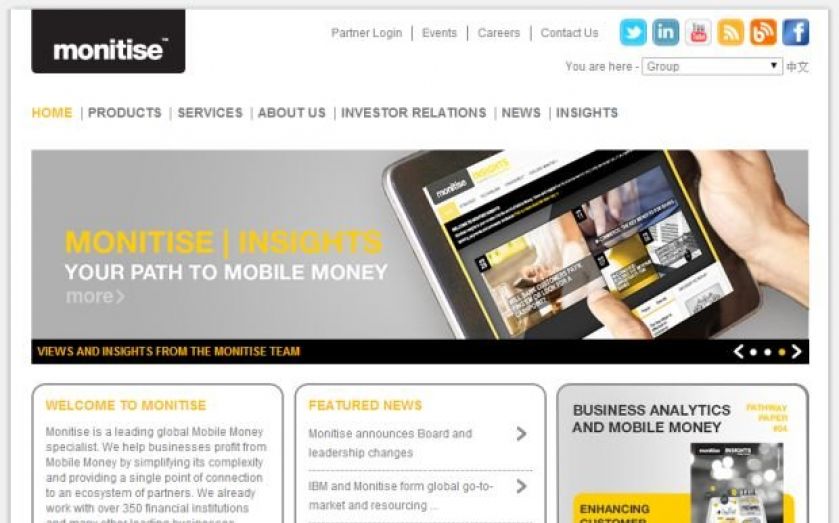 Monitise shares opened eight per cent higher this morning, despite the fact the British tech firm reported a revenues fell to £42.4m in the six months to 31 December, from £46.5m in the same period a year earlier.

It added 3m registered new customers, bringing the total to 33m. Some $101bn worth of payments and transfers are made on its platforms annualy, up 49 per cent on $68bn a year ago. It plans to boost customer numbers to 200m by 2018.

Monitise's balance sheet stands at £129m. It estimates it will become profitable by 2016. 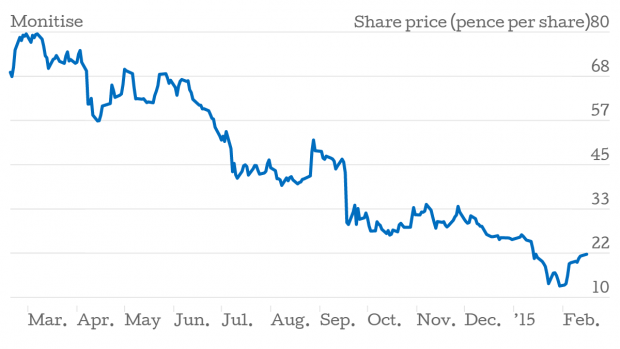 A UK tech success story that seems to be slowly unraveling, Monitise surprised in January when it revealed it was open to takeover bids after it issued a third profit warning in a year.

A number of buyers are said to be interested in the mobile banking firm, including some US tech giants.

Monitise is shifting away from a subscription-based model to focus on its product and platforms. While it has deals with the likes of Santander and Telefonica in the bag, heading in a new strategic direction is yet to turn a profit.

The announcement of our strategic review has led to many constructive discussions with market-leading players interested in our business and the role we play in the industry. These positive discussions and the strong support from our existing strategic partners and clients underpin the board's confidence in the company's strategy, unique positioning, future prospects and value.

As we focus on the second half, the momentum we are seeing in transforming our business also reinforces our confidence in becoming EBITDA profitable in FY16.

Although Monitise losses increased, the interest in the firm from potential buyers demonstrates confidence in the business' ability to become profitable again.