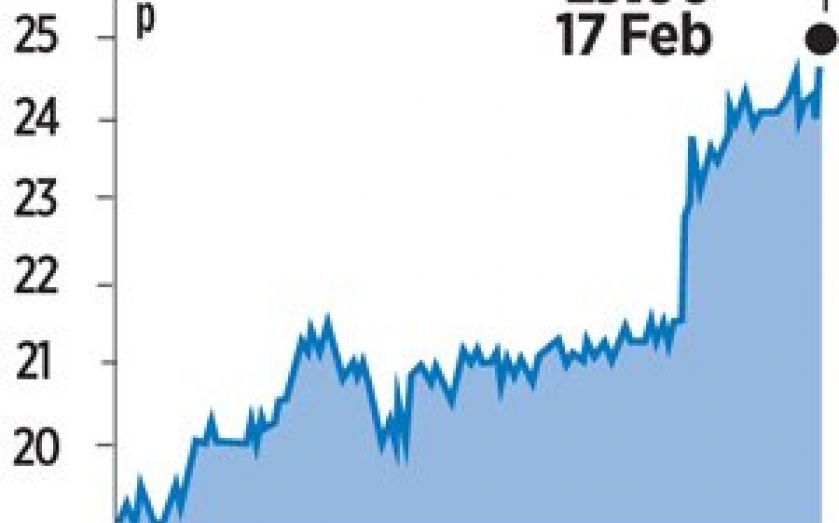 INVESTORS in struggling mobile transactions firm Monitise spotted a ray of hope in the firm’s interim results yesterday as it reported “constructive” discussions after putting itself up for possible sale last month.

Shares surged 16.28 per cent despite Monitise reporting an 8.8 per cent slump in revenues to £42.4m and wider losses of £58.4m during the six months to 31 December.

“The announcement of our strategic review has led to many constructive discussions with market-leading players interested in our business and the role we play in the industry,” said chairman Peter Ayliffe.

In January, Monitise said that it had received “a number of expressions of interest” as part of an “all encompassing” strategic review, including “corporate transactions and stock market listing options”.

Monitise yesterday said it had signed a letter of intent with a “major Euro­pean financial institution to deploy its digital banking capabilities in multiple countries”.

UBS analyst David Mulholland said: “We continue to believe Monitise has a compelling offering for banks. It remains critical however that revenue growth starts to come through but the expansion in Europe should provide some support.”

Shares in the group closed up 16.3 per cent at 25p in London yesterday.