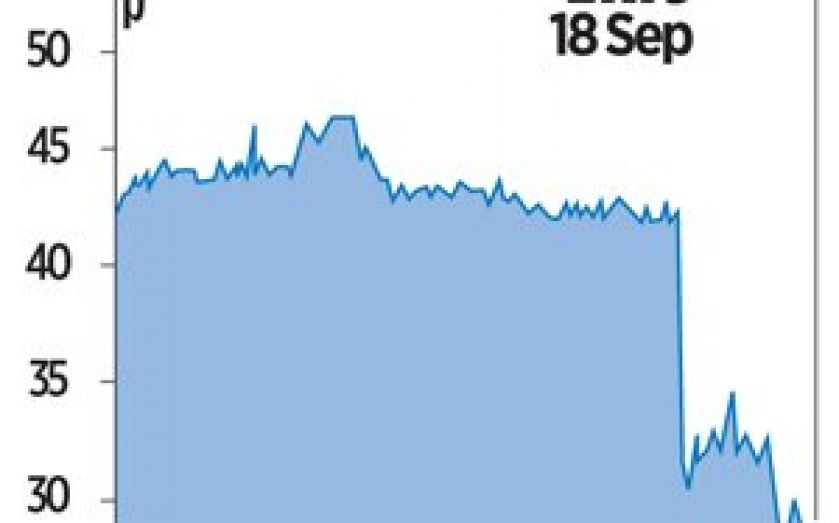 FORMER stock-market darling Monitise saw £290m wiped off its market valuation yesterday after its fourth-largest shareholder, Visa International, said it was considering the sale of its stake in the mobile banking firm.

The revelation that Visa was “considering its options” for the 5.5 per cent holdings sparked a downwards spiral in the firm’s stock that plummeted 34.71 per cent during trading yesterday.

Visa executive vice-president of corporate strategy Bill Sheedy said: “Consist­ent with Visa’s increased investment in our in-house capabilities, and the substantial growth in Monitise, Visa is considering its options with regard to its Monitise stake.”

“Yesterday’s decision by Visa raises concerns about future intentions of Visa Europe [Monitise’s third largest shareholder with a 5.95 per cent stake] and on other large contracts from customers like Telefonica and FIS,” he told City A.M.

“We think Visa’s action raise doubts. If Visa chooses to develop expertise in-house, why wouldn’t the others?” added Khwaja.

Monitise, which sells white-label mobile banking software used by Visa, NatWest, HSBC and others, has seen its share price slide since it issued two revenue warnings earlier in the year and posted an annual loss of £31.4m on Monday.

Monitise said Visa’s decision would have no impact on its guidance for this financial year.