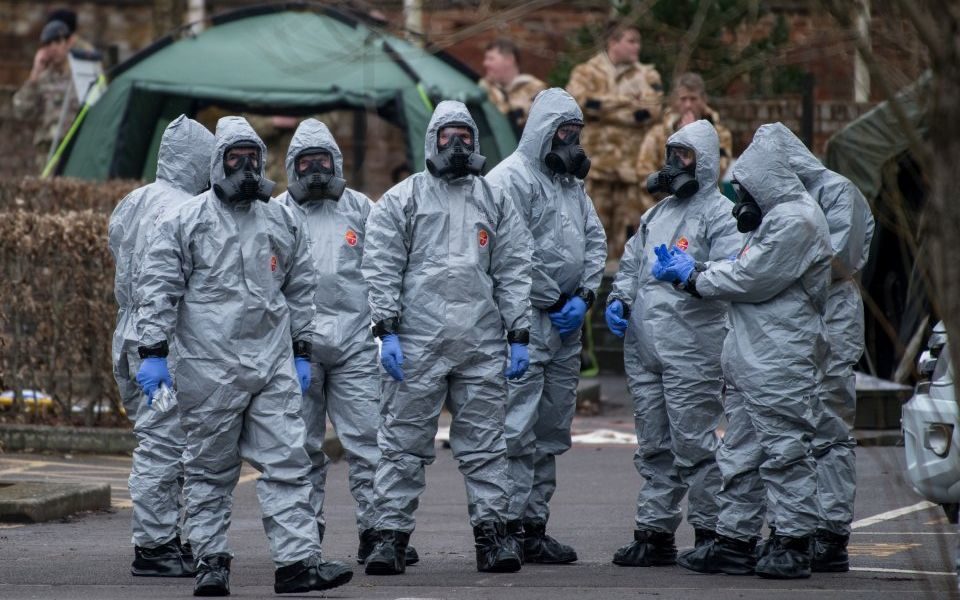 Military experts are set to partly dismantle the home of a former Russian spy who was targeted with Novichok as part of ongoing decontamination works.

Sergei Skripal, 66, and his daughter Yulia, 33, were poisoned by the nerve agent at his home in Salisbury in March when it was sprayed on the front door handle.

The pair, who both survived the attack, were found slumped on a bench in the city centre after coming into contact with the substance.

Prime Minister Theresa May blamed Russia for the attempted assassination, before the alleged spies were identified as Russian military.

A specialist military team will oversee the decontamination of Skripal’s home, which will involve the roof of the house and garage being removed and replaced over several weeks.

Residents were told that contractors will start by building a “sealed frame” around the house and garage situated in Christie Miller Road, with the clean up expected to take up to four months, City A.M. understands.

All materials will be wrapped and sealed on site before being removed safely from the premises.

Alistair Cunningham, chair of the South Wiltshire Recovery Coordinating Group, said: “There are now just two residential sites at Muggleton Road in Amesbury and Christie Miller Road in Salisbury where the clean-up is still to be completed.

“It has been a thorough and complicated process and while there is still work to be undertaken, the end is in sight, which I’m sure everyone will welcome.”

The contamination risk to people living in Salisbury is understood to be low, but residents have been warned off handling any litter.

Dawn Sturgess, 44, who lived eight miles from Mr Skripal’s home, died after also coming into contact with Novichok after finding a discarded perfume bottle believed to have been contaminated with the substance.

Her partner, Charlie Rowley, 45, was also exposed to Novichok but was treated and later discharged.

The Prime Minister has said that is “highly likely” that Russia was involved in the incident, and two GRU agents – Anatoliy Chepiga and Alexander Mishkin – have been identified as suspects.